Aziz Haniffa recalls an earlier meeting with US Attorney Preet Bharara, who had addressed the criticism in certain segments in the community about an Indian American going after their own with a vengeance

It's difficult to comprehend if Preet Bharara, the Manhattan United States Attorney and the highest ranking law enforcement officer among Indian Americans, who prosecuted Rajat Gupta, the once iconic and now disgraced Indian American corporate, belong to two different worlds.

Did the world of the Ferozepur-born Bharara, 43, who immigrated to the US when he was barely two years old with his parents, and grew to love baseball and 'The Boss' Bruce Springsteen from his native Monmouth County in New Jersey, differ markedly from the cricket-loving Gupta, 63, who came to the US as an adult to attend Harvard Business School and then was ensconced in the elite suburbs of Connecticut?

Bharara pulled no punches in his statement on October 24, following the two-year jail sentence and $5 million fine imposed on Gupta by US District Judge Jed S Rakoff, when he said,  "With today's sentence, Rajat Gupta now must face the grave consequences of his crime -- a term of imprisonment.  His conduct has forever tarnished a once-sterling reputation that took years to cultivate."

He also offered more than a veiled warning, when he said, "We hope that others who might consider breaking the securities laws will take heed from this sad occasion and choose not to follow in Mr Gupta's footsteps."

Gupta, the former chairman of Mckinsey and Company and a member of the Board of Directors of The Goldman Sachs Group Inc, and the Procter & Gamble Company, was sentenced for crimes stemming from his involvement in an insider trading scheme with his business partner and friend, Raj Rajaratnam, the founder and former head of the Galleon Group.

Gupta was convicted on June 15, 2012, following a four-week jury trial.

Although Bharara was not available for an interview immediately following the sentencing of Gupta, in earlier exclusive interviews with rediff.com, he had addressed squarely the criticism -- and at times extreme bitterness -- in certain segments in the Indian American community, particularly the older generation, for what they perceived as an Indian American going after their own with a vengeance.

When asked about this perception that "here's this desi guy going after other desis with a vengeance, "and if this were a "totally unfair characterisation and perception," Bharara would always shoot back, "Absolutely."

He said, "We go after crime with a vengeance in a fair and appropriate way as supervised by the court. Anyone against who we have proof beyond a reasonable doubt of committing a crime -- and generally it's the most serious crimes that we prosecute, given our limited resources -- we prosecute.  We do our best to convict them, and we do our best to improve public safety by incapacitating them."

"It doesn't matter what their religion is, what their race is, what nationality they are, or what their name is. Every decision is completely based on the law. That was true before I got here and will be true after I leave," he said, and argued, "Any other way of looking at it undermines public confidence in the justice system. If any of those considerations ever came into play, the prosecutor who thinks that way should be fired immediately."

Interestingly, the warning he issued in his statement at Gupta's sentencing was also reflective of the answer he had provided to another question I had asked him in one of our interviews.

I had asked that "as more and more young Indian Americans and South Asian Americans keep proliferating on Wall Street and many in their late 20s and early to mid-30s are multimillionaires," what would be his advice to them in terms of avoiding the pitfalls of the likes of Rajaratnam, Gupta and others, Bharara said, "I don't believe that arrogance and a feeling of being above the law is something that you can attribute to any ethnic community at all."

"What I do find and what I do worry about is a culture of corruption on Wall Street in some quarters. That is a problem -- when people think they are above the law," he said, and argued, "Part of the effort that we have been engaged in is sending the message to as many people as possible that no one is above the law, and there are rules and laws that you have to play by, no matter who you are or how much money you have."

Bharara was convinced that this "message is getting out there fairly loud and clear. I have spoken about this at business schools, and I'll tell you what I tell them -- make sure at all times that your desire to be successful and to maximise your profits never trumps your desire to maintain your integrity and the highest ethical standards for yourself and your business."

During one of these interviews, while noting that his batting average in terms of prosecutions had been impeccable and in baseball lingo, he had been hitting home run after home run -- in fact many out of the park vis-a-vis Rajaratnam and Gupta -- with hardly any strikes at all, and if he was apprehensive that any day soon, a curve ball may suddenly appear out or the blue, Bharara shot back, "When we bring cases that are appropriate to bring, we believe we can prove beyond a reasonable doubt that justice will be served if we bring them."

But while confident of the team he leads and the extensive research and brain-storming that goes into each and every prosecution-- whether it be big or small, involving a petty criminal or a mighty Wall Street insider with powerful political connections -- Bharara acknowledged, "Everyone loses cases, and I have lost cases as a line prosecutor. So, there's no doubt there will be cases that we lost. But we don't worry about that too much."

"I know I keep repeating myself, but what we do is, we find evidence of serious crimes and we bring these cases and we try them as hard as we can, but there may be times a jury may not agree with us or time and time it may not go the way we expect it to go. But we only bring those cases that we think are appropriate to bring and you can't get overly  concerned about numbers and statistics. We don't follow them too much."

Bharara, who has been dubbed in the mainstream financial press as the New Sheriff of Wall Street while others have legitimately referred to him as one of the most powerful people in New York, said he tended to ignore these characterisations.

"What is important to me is maintaining the tradition of the office. When you come up the hallway, going back to 1900, the last century, are the pictures of the US attorneys (of the Southern District of New York) who have served here," he saysid.

"Some of them have gone on to very impressive careers and there's a legacy. That's the legacy I care about -- not whether or not someone dubbed them the Sheriff of Wall Street or said they were powerful or not."

Bharara said, "Their legacy -- the best among them -- was to be a leader in an office like this where power and unbelievable ability to affect people's lives was discharged with great wisdom, discretion and fairness."

"At the end of the day, the best among them were considered tough and aggressive, but also fair and decent and reasonable human beings. If I can leave this office, and if people say that about me then, that's the legacy I care about," he said. 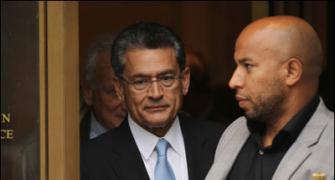 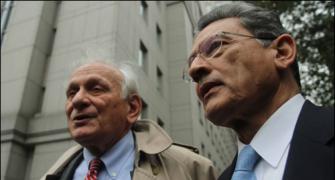 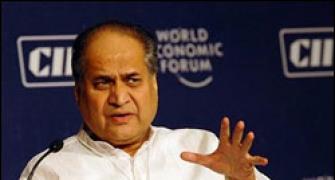 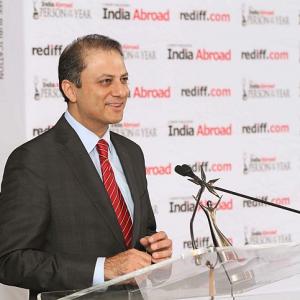 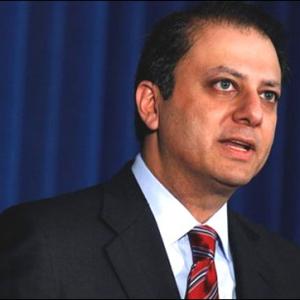 'Gupta's sentencing to deter others from breaching duties'