December 20, 2010 20:31 IST
The impact of situation in Pakistan-Afghanistan region on the security of both India and Russia will come up for discussions during Russian President Dmitry Medvedev's talks with Indian leadership on Tuesday.

Stating this, External Affairs Minister S M Krishna asserted, "We need to understand why terrorist infrastructure in the region has continued to survive despite the best efforts of the international community."

The minister said the discussions during the presidential visit on international issues will include the situation in the Afghanistan-Pakistan region that impacts the security of both India and Russia. Both India and Russia share common concerns about the threat posed by terrorism emanating from the shared neighbourhood -- Afghanistan and Pakistan  "radiating" into the region, including Central Asia as also to Russia, he said.

"We are also aware of the nexus between drug trafficking and terrorist financing. We have an ongoing multi-layered dialogue mechanism with Russia through which we seek to exchange views and information on these issues," Krishna said in an interview to a Russian news agencies.

Noting that in last ten years, there has been a significant expansion, and deepening, in Indo-Russia bilateral cooperation, he said, "There is confidence on both sides that neither country will seek to develop ties with third countries at the expense of the other's vital interest."

Other issues on the agenda will include discussions on expansion of the United Nation Security Council, in both permanent and non-permanent categories, cooperation in the field of civil nuclear energy, science and technology and trade.

"We have an extensive programme of science and technology cooperation in place, which ensures continuous interaction and collaboration among our scientific communities; a new Integrated Long Term Technology Programme for cooperation in the field of science and technology is likely to be signed at this Summit," Krishna said.
Related News: M Krishna, Russia, Dmitry Medvedev, United Nation Security Council, India
Print this article 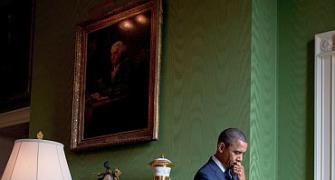 We can't move away from Pak, says US
What does Obama's Afpak policy say 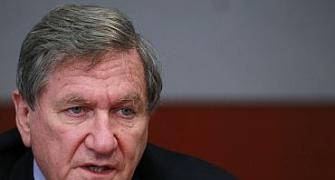