A special forest bench headed by Chief Justice S H Kapadia upheld the legality and eco-friendliness of the sprawling 34-acre park, coming up in close proximity of the Okhla Bird Sanctuary, saying that the project is not so calamitous or ruinous for the bird sanctuary that it needs to be altogether scrapped.

Reading the judgment for the three-judge bench, Justice Aftab Alam said, "We have found that it is not on the forest land."

Basing its ruling on recommendations of three expert bodies, chosen by project proponents Noida Authority and the state government, the bench, which also had justice K S Radhakrishnan, however, rued that the ministry of environment and forest had not conducted the environment impact study for the project as per its directions.

While giving its green signal for the project, all masonry work for which had been stayed by the court on October 9 last year, the bench said, "We see no justification for directing the demolition of the constructions made in it. We would rather allow the completion of the project, subject, of course, to the conditions suggested by the three expert bodies appointed by the project proponents.

The bench stipulated that 50 per cent of the park area, closer and adjacent to Okhla Bird sanctuary must have a thick cover of the trees, adding that remaining 25 per cent of the area could be used for green landscaping.

HC to hear PILs in Taj corridor case on Dec 17 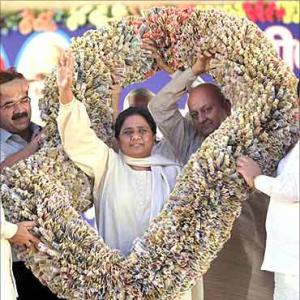