An international environment body has claimed to have detected sources of radiation in eight spots in west Delhi's Mayapuri scrap market on Friday where exposure to radioactive material Cobalt-60 last month claimed one life and caused injuries to 11 people.

A team from Greenpeace conducted a survey of the Mayapuri market, where the dismantling of a Gamma Irradiator bought from Delhi University had led to the radiation exposure.

Background radiation is constantly present in the environment and is emitted from a variety of natural and artificial sources.

"This revelation comes after the government gave a clean chit. Greenpeace has cordoned off the area and has shared information with local people and the authorities concerned like the police, the National Disaster Management Authority and the Atomic Energy Research Board," Raina said.

"The exposure we found here surpasses the acceptable levels of annual radiation exposure," the activist said.

The Greenpeace team had two certified radiation safety experts and conducted the investigations with the help of three sophisticated instruments like Gamma Spectometer and Gamma Dosimeter.

However, a senior police official said he will not give much credit to the findings of the NGO as experts from AERB and the Bhaba Atomic Research Centre had searched the area and declared it radiation free.

"We will go by what the expert government agencies said," the official said.

When contacted, a senior NDMA official said he was not aware of the claims made by Greenpeace.

The Delhi University came under criticism after it became known that the Cobalt-60 had originated from the Gamma Irradiator which the varsity which auctioned to a scrap dealer.

Last month, government experts had recovered 11 sources of the radioactive substance from Mayapuri. 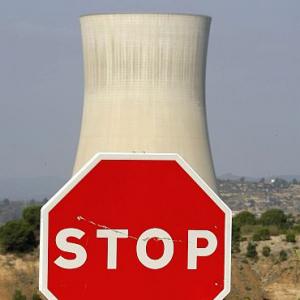 Join the debate on the nuclear liability bill