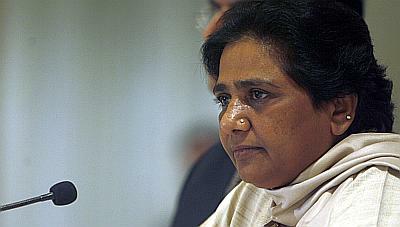 A day after he was expelled from the Bahujan Samaj Party, Naseemuddin Siddiqui on Thursday alleged that Mayawati had demanded Rs 50 crore from him and made objectionable remarks against Muslims.

At a crowded press conference here, an angry Siddiqui claimed that he had enough material to cause an ‘earthquake’.

He also claimed that there was a threat to his life.

Rebutting the charges levelled against him by the BSP on Wednesday, Siddiqui played six audio clippings of his ‘telephonic conversations’ with Mayawati to support his allegation that he was asked to pay Rs 50 crore by selling his property.

Siddiqui said he was in possession of 150 such audio clippings.

"She (Mayawati) was sore after the dismal showing of the BSP in the recent assembly elections and termed Muslims as betrayers for not voting for the party," he alleged.

Accusing the BSP supremo of having referred to ‘bearded Muslims as dogs’, Siddiqui claimed he had objected to the remark.

He also attacked BSP general secretary Satish Mishra saying he was trying to weaken the party.

"The BSP is being knowingly weakened by Mayawati and Anand Kumar (her brother) under a conspiracy by Satish Mishra and company...People are also of the view that since Mayawati has attained the height to which she wanted to reach, she herself wants to end the BSP so that no other person from among the Dalit ‘samaj’ could reach this far," he said.

Siddiqui, who was expelled from the party on Wednesday for ‘anti-party activities’, said he had ‘solid evidence’ against Mayawati but would only speak about the charges levelled against him as of now.

"I have so much material that if I open my mouth it can cause an earthquake....I know her more than anyone else...If I give the proof against Mayawati, Anand and Mishra it will be a big tamasha," he said.

The BSP is totally under the grip of Mishra and company and Mayawati is being blackmailed by them, he claimed.

Continuing his tirade, Siddiqui alleged that Mayawati had a criminal gang which could set any leader’s house on fire or even get someone murdered.

During the April 19 party meeting she also tried to ‘belittle’ Kanshi Ram by comparing the party’s showing in assembly polls in Uttar Pradesh and Punjab, Siddiqui claimed.

He appealed to Dalits and sarvsamaj to save the party and the mission of Kanshi Ram and Babasaheb Ambedkar which had been ‘crushed’ by Mayawati.

Siddiqui alleged that all BSP MLAs had to pay Mayawati and claimed that even his wife, who was a BSP member of Legislative Council, had given money to her.

To a question about BJP leader Swati Singh against whom Siddiqui had made derogatory slogans after her husband Daya Shankar Singh’s adverse comments against Mayawati, he said that his video clippings could be checked as he never said anything wrong against her.

On Wednesday, the BSP had expelled Siddiqui, its most prominent Muslim face, and his son from the party for carrying out ‘anti-party’ activities. 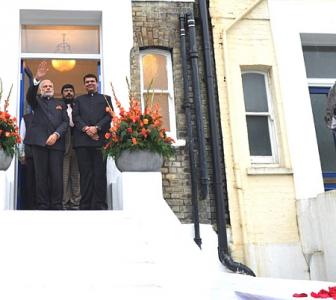 'SP and BSP are rivers that flow parallel; they cannot be merged' 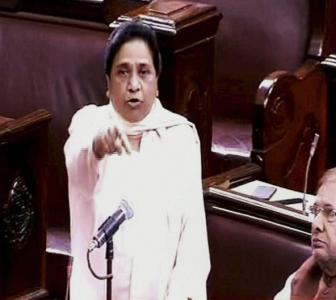 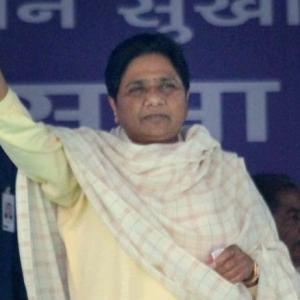 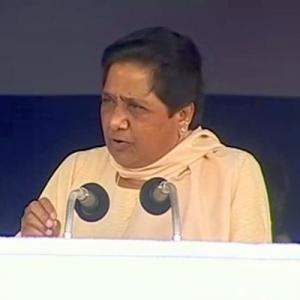 Being targetted so that I stop speaking about EVM tampering by BJP: Mayawati