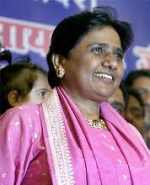 Bahujan Samaj Party supremo Mayawati on Friday kept up the suspense on her party's stand on voting on the Foreign Direct Investment in retail issue in Rajya Sabha, saying it will be declared on the floor of the House.

"The House was not running smoothly earlier. It is functioning today and the Private Member's Bill was discussed. Whenever it (FDI) will be taken up in the House, we will make our party's stand clear on the floor of the House," she told the media outside Parliament House.

To repeated queries on the issue, she merely said, "When the discussion will take place we will make our stand known."

On Samajwadi Party's opposition to the Secluded Caste/Scheduled Tribes Promotion Bill, she said, "Quota for promotion of SC/ST employees in service is not a new one. This has been the practice since the Constitution came into force in the country. There were some problems in between and there were also amendments in Parliament. The current amendments are in continuation of this. So, it is not a new one."
Source: PTI© Copyright 2022 PTI. All rights reserved. Republication or redistribution of PTI content, including by framing or similar means, is expressly prohibited without the prior written consent.
Related News: Parliament House, Foreign Direct Investment, Bill, Rajya Sabha, Bahujan Samaj Party
Print this article
Fissures in opposition over voting on FDI in retail
Congress managers eye Opposition ranks for vote on FDI
Bad news for Cong: SP to vote against FDI in Rajya Sabha 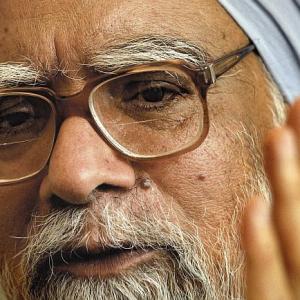