News
Business
Movies
Sports
Cricket
Get Ahead
Money Tips
Shopping
Sign in  |  Create a Rediffmail account
Rediff.com  » News » May the force be with you, says Modi@ New York's Central Park

May the force be with you, says Modi@ New York's Central Park 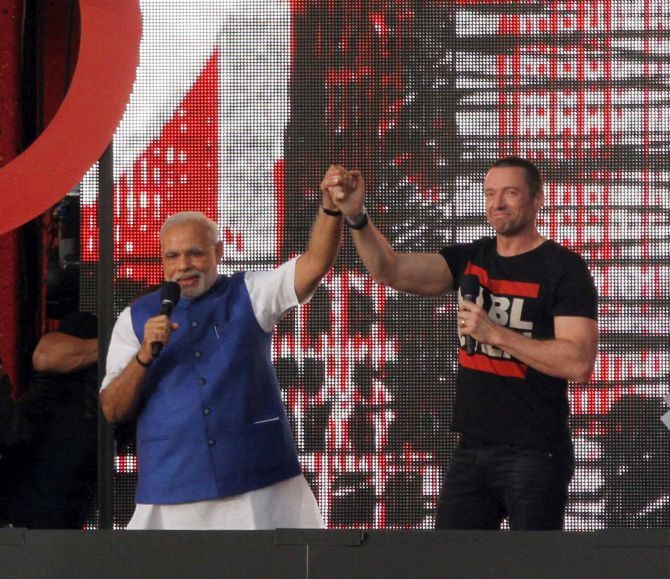 After a seven-minute speech in English, Modi also read out a Sanskrit scripture calling for “peace in the world” and greeted the largely-American crowd with a “namaste” amidst cheers and claps.

Speaking at the third annual Global Citizen Festival held Modi, “For the youth, because you are the future, what you do today will decide our tomorrow. Sometimes I need to say that if we sacrifice our today, our tomorrow will be more beautiful. I feel a current of hope in this park among you and I feel confident about the future of the whole human race and it is because of this crowd.” 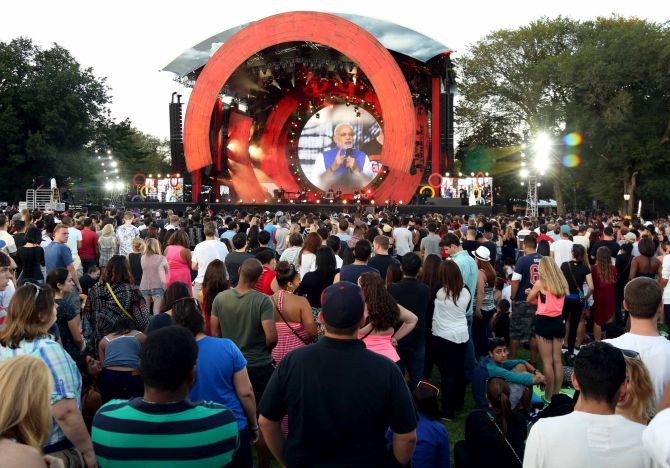 “Some believe that world changing will be the wisdom of the old. I think that idealism, innovation, energy and can-do attitude of the youth is even more powerful. That is my hope for India too,” he added.

Speaking of his plans for India, Prime Minister Modi said, “A hundred million youth joining hands to transform our nation, to put the light of hope in every eye and the joy of belief in every heart, lead people out of poverty, put clean water and sanitation within the reach of all, make healthcare available to all, a roof over every head.” 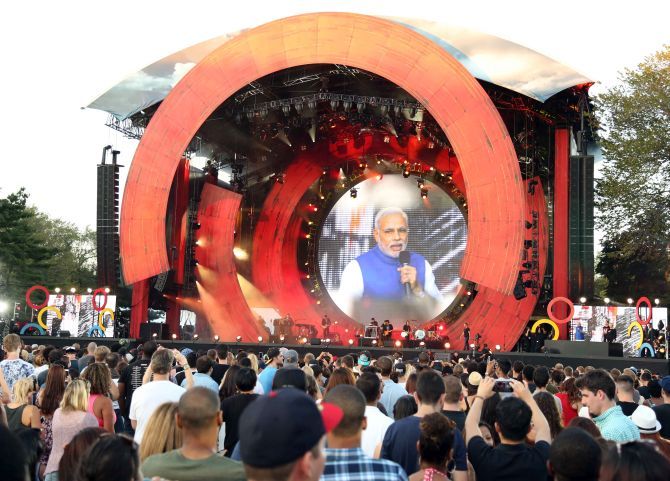 In a break from tradition, Modi addressed the crowd in English pitching for sanitation and health care and ended with a Sanskrit shloka.. Photograph: Paresh Gandhi

“I know it is possible because I feel a new sense of purpose, energy and will in India because India’s youth can see that you are joining hands with them because I believe that we can speak with one voice for one future that is why I am here because I believe in you,” he added. 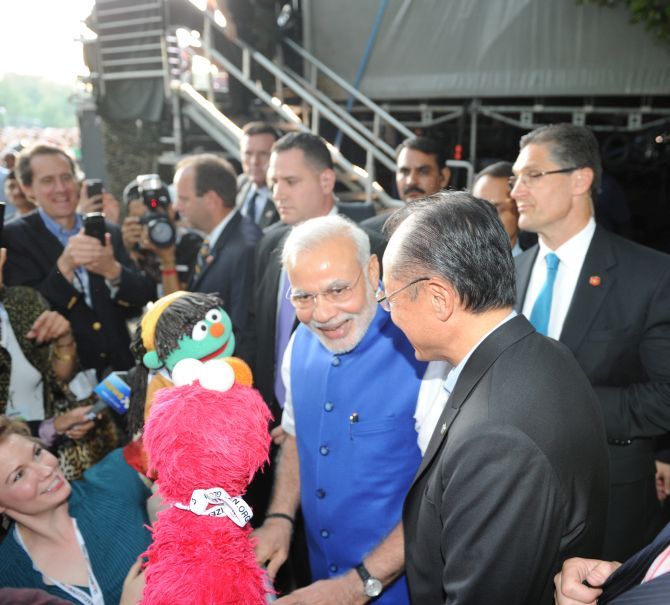 Prime Minister Modi, also added, “This is a great city; it has assimilated the world within itself. Today you have shown that you also care about the world outside. I am truly glad to be in the open Central Park and not inside a closed conference room.” 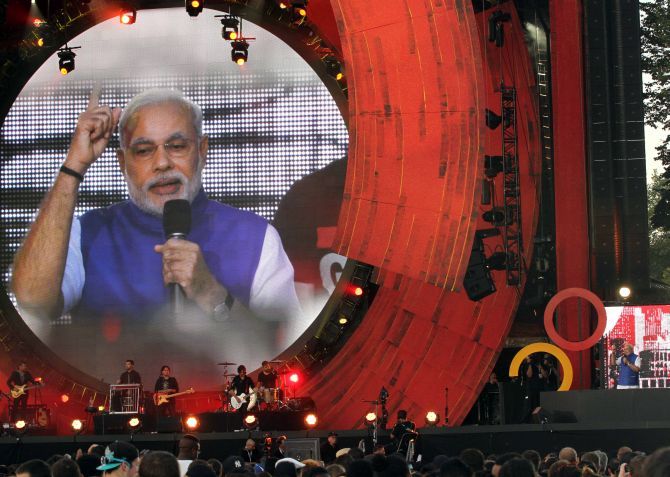 “You are touching the lives of those who are not as fortunate as you and what an admirable act this is. What a sacred mission to think about those who are far, whose faces you have not seen and whose names you do not know and whose nationality does not matter for you,” he added. 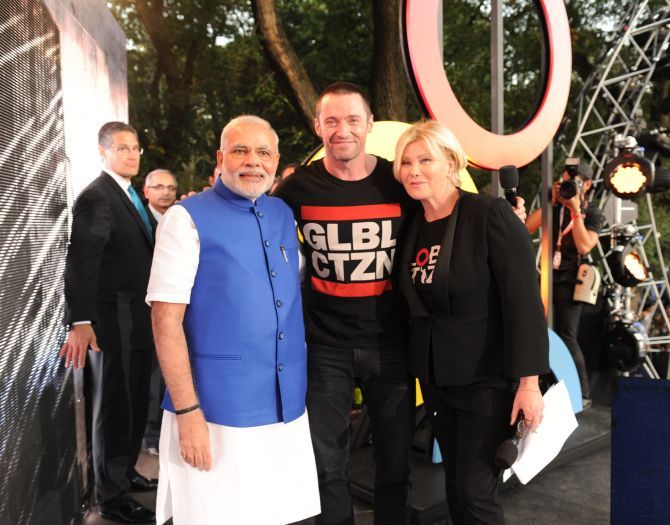 Prime Minister Narendra Modi poses with Hugh Jackman and his wife on the sidelines of the fest. Photograph: MEA India/Flickr

Prime Minister Modi also expressed his pride for those present on the occasion.

“For you to convert your thoughts into action and devote your time and energy so that others may have a better future, to those living in poverty without education, without basic sanitation, without opportunity and worse, without hope, I salute you. I feel proud of each one of you and I am sure your family, your friends and your nation feels the same,” he said.

Prime Minister Modi ended his speech with a Star Wars reference, saying “May the Force be with you.” 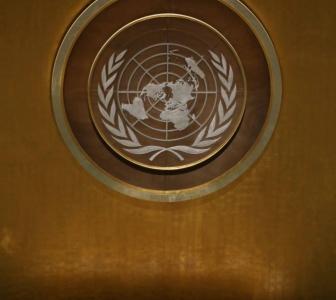 33 minutes of ideas, statesmanship, PM makes an impact at UN 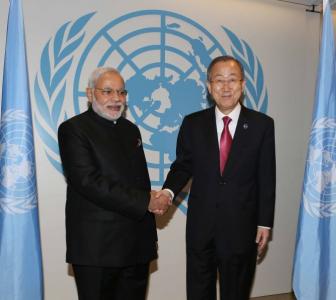 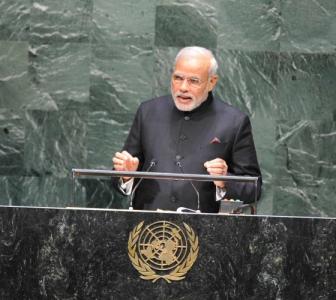 PIX: No nation free from threat of terror, says Modi at UNGA 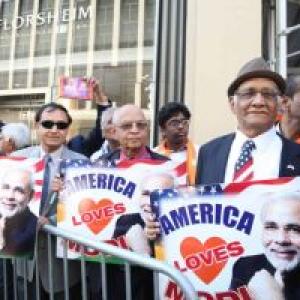 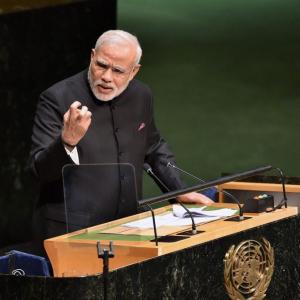