Amidst criticism of reported exclusion of Karl Marx and Frederich Engels from the history syllabus of higher secondary text books in West Bengal, Chief Minister Mamata Banerjee on Monday said her government did not consider Marx or Lenin as "untouchables".

"We do never consider Karl Marx or Lenin untouchables," the chief minister said after unveiling an oil painting of former chief minister late PC Sen at assembly lobby in Kolkata.

Stating that she salutes the nationalist movement as well as the Left movement in India, Banerjee said "there should be one's personal likes or dislikes but we cannot discard one while expressing our likes for another."

The chief minister's remarks came amidst recommendations made by a syllabus reforms committee for excluding Karl Marx and Friedrich Engels, founders of Marxism, from the history syllabus of the higher secondary text books.

Criticising the previous Left Front government for creating a division in the people as 'us and them', Banerjee said her government felt proud in paying homage to the distinguished and celebrated personalities.

The reported move by the Mamata Banerjee government to remove Marx and Engels from revised syllabus has drawn flak from various quarters with main opposition CPI-M terming it as "wrong" and an attempt to rewrite history.

But ruling Trinamool Congress has defended the move claiming the attempt is to "correct the imbalance" which was there is history text books in state schools.

Syllabus Reforms Committee Chairman Avik Majumdar said history syllabus in West Bengal had so far given importance to a particular ideology and an attempt was being made to give it a balanced approach. 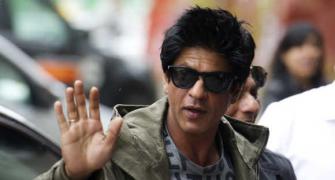 KKR pads up for amusement tax sop in West Bengal