Early release of ruling Biju Janata Dal MLA Jhina Hikaka in Odisha looked remote on Saturday as Maoists decided to keep the tribal legislator hostage till April 25 and announcing another people's court to decide his fate.

In an audio message to the media, a leader of Andhra Odisha Border Special Zonal Committee (AOBSZC) of CPI (Maoist) said the final verdict of the praja court on the fate of Laxmipur MLA would be communicated by April 25.

The ultras also rejected Odisha government's offer to withdraw cases against 13 prisoners, including five Maoists, and facilitate release of 12 others through bail in order to secure freedom of 37-year-old Hikaka, who had been abducted on March 24 in Koraput district.

Though some of the 12 prisoners proposed to be freed on bail had already been granted bail, the Maoists stuck to their demand for release of 29 rebels asking the government to withdraw charges against them.

Sources said the red rebels decided to hold another praja court as the one conducted on Thursday failed to take a final view about the MLA despite the state government's decision to withdraw cases against ultras which had raised hope about early release of Hikaka.

Negating all expectations, the Maoists have called a two-day bandh since Friday and blocked roads in their stronghold of Narayanpatna area in Koraput district demanding withdrawal of security forces, halt in operation Green Hunt and release of jailed ultras.

Besides felling trees and placing boulders on roads in a number of places of Narayanpatna area, the extremists torched some vehicles at a construction site in Semiliguda area, police sources said.

Home Secretary U N Behera said the state government was taking necessary steps in order to ensure that normal life is not disrupted in Koraput district due to the bandh called by Naxals.

However, Narayanpatna virtually remained cut off from the rest of the state since yesterday as Maoists obstructed major connecting roads to the area and even dug up road at some places snapping connectivity, sources said.

The ultras also put up banners at several places with messages demanding withdrawal of Border Security Force from the Naxal-hit area, release of rebels from jails and halt to operations by security forces, they said.

The rebels also announced in their banners that a "protest week" would be observed from April 24 in Odisha and Chhattisgarh in protest against operation Green Hunt.

There is no information as to where and when the next praja court would be held for trial of the abducted MLA, according to Koraput-based lawyer Nihar Ranjan Patnaik, who fights cases for Maoists and Naxal-backed Chasi Mulia Adivasi Sangha (CMAS).

Hikaka's wife Kausalya Majhi offered prayers at a temple at Laxmipur for the safety of her husband.

The MLA had last spoken over telephone with Chief Secretary B K Patnaik and Koraput district Collector Sachin Ramachandra Jadav on April 17 informing them that he was in good health. 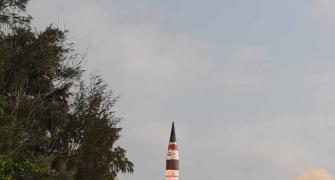 Does Agni-V have 8,000-km range? The Chinese think so
India, Pak back on negotiating table: Khar
Cong-JVM logjam over choice of RS candidate 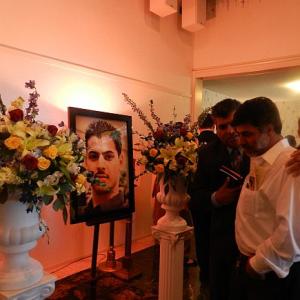 'It is no more safe living in America' 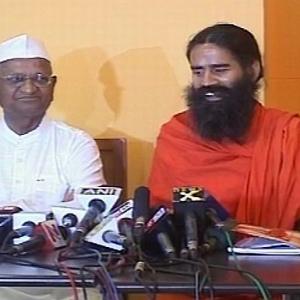