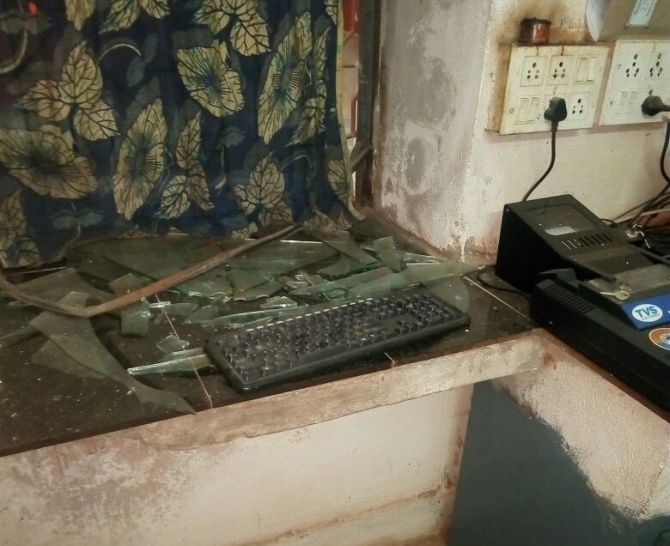 Maoists attacked a railway station in Odisha’s Rayagada district early on Friday, triggered a blast and put up posters protesting against the proposed visit of Prime Minister Narendra Modi to the state next month.

The ultras pulled out station master S K Parida and triggered an explosion in the station premises. Parida and a token porter Gobind Hikaka were also detained by them for a brief period, he said.

The attackers snatched the walkie-talkie of the station master, and forced staff of a goods train standing outside the station to shut down the engine, Mishra said.

Rayagada Superintendent of Police K Siva Subramani, who rushed to the spot, said minor damage was caused to the engine of the goods train.

No railway staff or local people were, however, hurt in the incident, the CPRO said adding control room has been able to speak to the staff.

Train services through Daikallu, located between Rayagada and Titlagarh stations, were disrupted for quite sometime. A number of trains were stranded at Muniguda station, railway officials said. 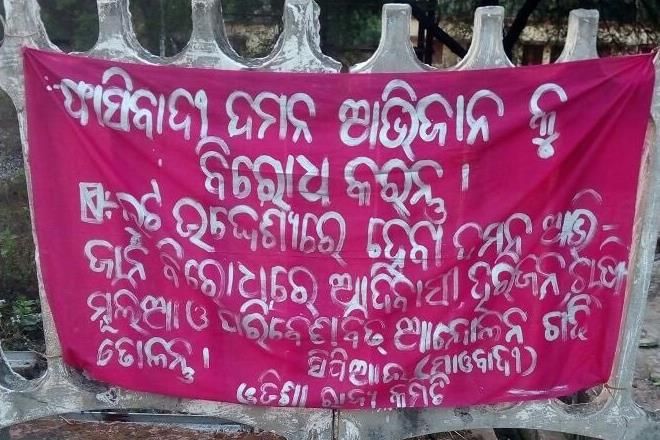 IMAGE: The Naxals left behind posters with messages against the policies of the central and state governments. Photograph: ANI

The Maoists left behind handwritten posters opposing the policies of Narendra Modi government at the Centre and Naveen Patnaik regime in Odisha, officials said.

In one of the posters, the attackers opposed the proposed two-day visit of the prime minister to Odisha on April 15 and 16 to attend Bharatiya Janata Party’s national executive meeting.

Some posters also criticised non-Odia officers being appointed to senior posts in the state police as well as administration, they said.

Director General of Police K B Singh said combing operation has been launched in the area by the Central Reserve Police Force and Special Operation Group personnel after the incident.

Railway officials said that movement of goods trains with restricted speed had resumed after security clearance, while steps are being taken for resumption of express and passenger trains soon.