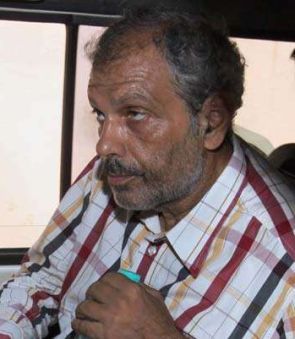 Alleged Maoist ideologue Kobad Ghandy was on Friday absolved of serious charges under stringent unlawful activities law for being a member of the banned Communist Party of India-Maoist by a Delhi court which held him guilty of residing here using fake identities.

The court held him guilty under various provisions of the IPC, including sections 120-B (criminal conspiracy) read with, 420 (cheating) and 468 (forgery) and awarded him jail term which he has already undergone during adjudication of the case.

It noted that 68-year-old Ghandy was in custody for almost six years and six months during the pendency of case.

"Ghandy is in custody since December 20, 2009 which is almost six years and six months. I, therefore, impose upon him a term of imprisonment already undergone by him," the court, while imposing a fine of Rs 40,000 on him, said.

Ghandy, an alumnus of the prestigious DoonSchool and St Xavier's College Mumbai, is facing prosecution in around 20 criminal and terror cases in different parts of the country.

Acquitting Ghandy of charges under UAPA, Additional Sessions Judge Reetesh Singh noted that "none of the evidence relied upon by prosecution have been found to be admissible in evidence by this court. The testimonies of prosecution witnesses suffer from infirmities."

"The recoveries made at the instance of the accused have not been proved beyond reasonable doubt. The disclosure statements of Kobad Ghandy cannot be read in evidence...as the same had been made to a police officer.

"...in the facts and circumstances of this case, there are reasonable doubts on the version of the prosecution on charge under sections 20 and 38 of UAPA," the judge said.

While holding him guilty of using assumed names and fake identities, he said "it is true that prosecution has been able to prove that Ghandy was residing in Delhi in an assumed name and that he had in his possession forged documents."

"These circumstances do give rise to a grave suspicion that he wanted to avoid himself from from being discovered. Suspicion, however grave it might be, cannot be equated with proof of the said fact. Material relied upon by prosecution to prove membership and association of Ghandy with said banned organisation is not reliable and admissible in evidence...

"Ghandy was residing in Delhi in assumed names with fake identities. However, gap between using fake identities and membership of the said banned organisation cannot be filled on the basis of suspicion," the court said.

Besides Ghandy, the court also convicted Rajinder Kumar alias Arvind Joshi for the offence under several sections of IPC, including 120-B (criminal conspiracy) and 420 (cheating).

Kumar was also awarded jail term already undergone by him during the adjudication of the case and the court imposed a fine of Rs 20,000 on him.

According to police, Ghandy was residing in Delhi with fake name and identity provided by Kumar, who himself was not using his real name or identity.

The prosecution had earlier claimed that Ghandy, who was arrested in September 2009 in this case in south Delhi for the alleged charges of being a Politburo member of banned outfit CPI-Maoist, was trying to set up a base for naxal activities here and was the "main piller and the think-tank of outfit".

One election ID card in the name of Dalip Patel was recovered from his possession along with other belongings, it had said, adding that he was residing in a house with Kumar in Badarpur area here.

The police had claimed to recover literature and CDs of the outfit. It also claimed that Ghandy was in touch with other associates via e-mail and used to motivate people for joining the outfit.

It had also alleged that Ghandy had visited Nepal in relation to Left extremist activities.

Ghandy was earlier absolved by the court of terror charges due to want of proper sanction and later, a fresh charge sheet was filed by the Special Cell of Delhi Police with another sanction for his prosecution under the provisions of UAPA.

Ghandy's counsel, however, had denied all the allegations levelled against him and had claimed that the evidence were planted.