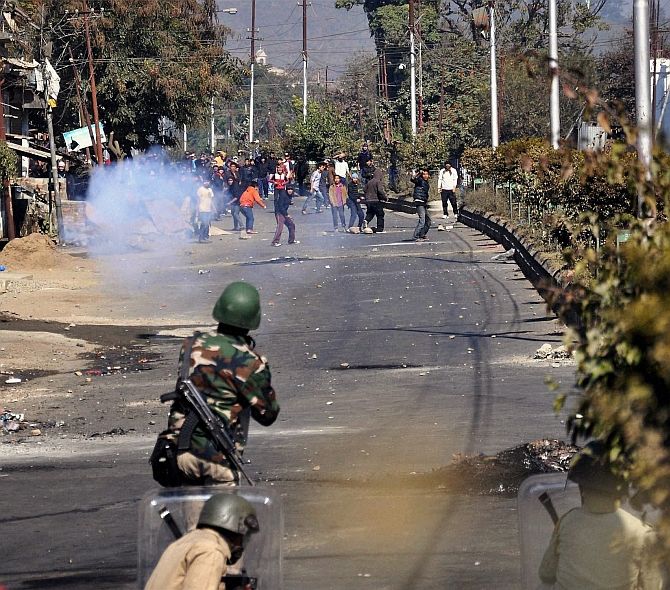 The politics of poll-bound Manipur revolves around the economic blockade issue as all political parties are trying to use it as the key issue in the state assembly election slated for next month.

Even though economic blockades bring misery to the border state whenever NH-2 and NH-37, Manipur’s lifelines, are blocked, it relegates every other issue -- demonetisation, corruption or anti-incumbency -- to the background.

Economic blockade is an issue which has seemingly widened the divide between the hills and the plains.

The land-locked state is witnessing an indefinite economic blockade by United Naga Council since November 1, 2016 against the state government's decision to create seven new districts by bifurcating the existing ones and upgradation of Sadar Hills to a full-fledged district.

The state government had, however, claimed that the decision was taken to improve administrative efficiency.

Although ruling Congress has accused the main opposition Bharatiya Janata Party of instigating the UNC to continue with the blockade and not doing enough for the state.

The BJP has levelled counter allegations that Okram Ibobi Singh government has deliberately divided the districts to divide the state along ethnic lines and gain out of ethnic frenzy in the Valley arising out of the blockade.

“BJP is covertly supporting the blockade and is hand in glove with UNC. Whenever we try to take any action against UNC, they create some problem.

“Even though a blockade is going on for three months and the supplies are drying up fast, the Centre is silent and is not taking necessary action to restore normalcy in the highways,” senior Congress leader K H Joykishan.

Supply of essential commodities, including fuel has been severely hit due to the economic blockade and their prices are shooting up in the state.

The Congress leader said the decision to bifurcate districts was done to ensure more administrative efficiency and was under consultation for the last two years.

State BJP president K Bhabananda Singh, however, said, “The Congress was facing tough anti-incumbency after ruling for the last 15 years and they know they would lose the (assembly) polls.”

“So to win the elections they have divided those districts knowing very well that it will push the state towards economic blockade and thus divide it along ethnic lines,” he said.

The plains have 40 of the 60 seats in the state assembly.

Another Manipur BJP leader N Biren said Congress and Chief Minister Okram Ibobi Singh have deliberately played this card by dividing the districts so that they could get the votes of the valley, which has 40 seats.

Refuting the charge, Joykishan said, “It is a baseless allegation and it is the BJP which is trying to starve the state and want the people to suffer.”

Political observers here said the decision to divide districts and upgrade the Sadar hills to a full fledged one has served dual purpose for Congress.

First it has divided the unity between the Kukis and Nagas in the hills due to creation of Sadar hills district and secondly it has also managed to reach out to the dominant Meitei community of the valley due to the ongoing blockade.

On the other hand, the BJP, which is planning to repeat its Assam performance in Manipur riding on the anti-incumbency wave, accused the Congress government in Manipur of being unable to solve the problem of economic blockade.

Other opposition parties like rights activist Irom Sharmila’s People’s Resurgence and Justice Alliance Party and the Trinamool Congress have accused both BJP government at the Center and the Congress-led state government of trying to use the blockade for their own gains.

“Both the parties are not doing anything to solve the problem. They are only blaming each other and common people are suffering because of it,” PRJA convenor Erendro Leichombam said.

The Trinamool Congress which had emerged as the third largest party in the Manipur after 2012 assembly elections by winning seven seats, said both the BJP and the Congress were responsible for the situation.

Polling for the 60 seat Manipur assembly will take place in two phases on March 4 and March 8. In the last assembly polls, Congress had won 42 seats. 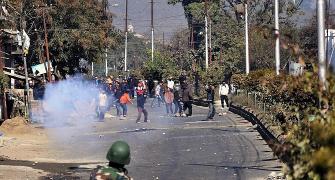 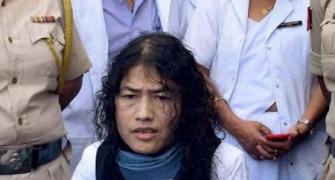 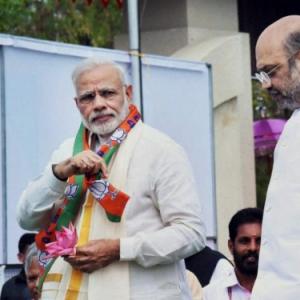 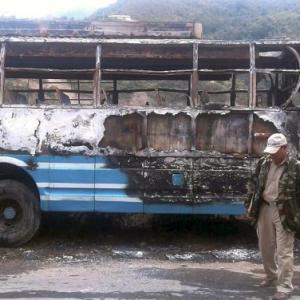