In yet another face-off with Governor Jagdeep Dhankhar, West Bengal Chief Minister Mamata Banerjee on Monday alleged he was involved in the Jain Hawala case, provoking a sharp rebuttal from the latter who accused her of propagating "lies and misinformation". 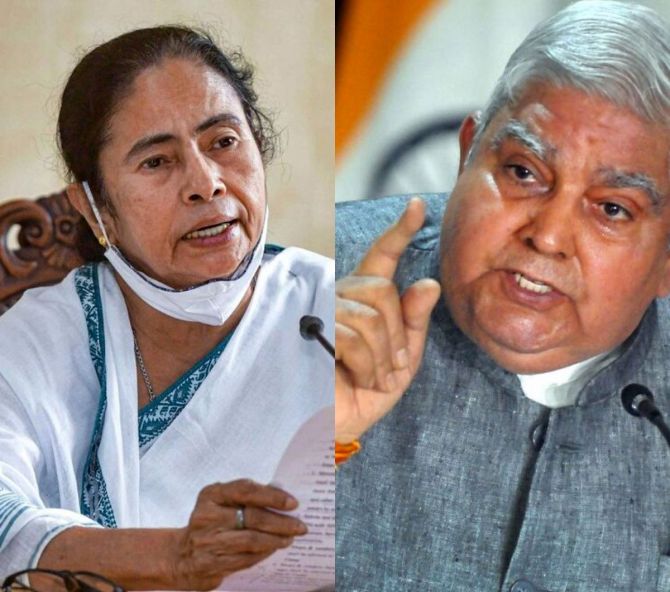 Banerjee, who called Dhankhar "corrupt", also criticised him over his recent visit to North Bengal, claiming a conspiracy was being hatched to divide the region.

The Trinamool Congress supremo said she has written to the Centre thrice seeking his removal.

Infuriated over her remarks, Dhankhar, locked in a running feud with Banerjee, rejected the accusations as a "knee-jerk reaction" to his raising questions over the contents of the speech he is supposed to read out at the start of the upcoming assembly session.

"The allegations levelled by Chief Minister Mamata Banerjee don't have an iota of truth. It is unfortunate that she is spreading misinformation and misinterpreting facts. It doesn't suit a chief minister to make such allegations," he told a hurriedly called press conference at Raj Bhavan.

According to sources close to the two, the chief minister was livid over Dhankhar's call for a special audit of the accounts of the Gorkhaland Territorial Administration and his objections to the contents of the draft speech that he is supposed to read at the start of the inaugural session of the newly elected assembly.

"He is a corrupt man. He was named in the chargesheet in the 1996 Jain Hawala case. Why has the central government allowed a governor like this to continue?" she told reporters.

Jain Hawala Case was a huge politial and financial scandal in the 1990s in which money routed through hawala channels was claimed to have been given to top politicians across various parties.

Those named included L K Advani, V C Shukla, Sharad Yadav and many more. However, the charges against them didn't stand legal scrutiny and the case fell through.

Banerjee dubbed Dhankhar's visit to North Bengal a "political stunt" as he only met BJP MLAs and MPs.

"Why did he suddenly tour North Bengal? I can sense a conspiracy to divide North Bengal," she alleged.

Rejecting Banerjee's allegation that he was a "corrupt" man who was charge-sheeted in the Jain Hawala case, Dhankhar accused her of spreading "lies and misinformation".

"The allegations levelled by Chief Minister Mamata Banerjee don't have an iota of truth. It is unfortunate that she is spreading misinformation and misinterpreting facts. It doesn't suit a chief minister to make such allegations," he said.

Terming Banerjee's accusations against him a "knee-jerk reaction" to his raising questions over the contents of the speech he is supposed to read out at the start of the upcoming assembly session, Dhankhar said he will not "cow before such malicious remarks" and continue to perform his constitutional duty.

"She should name the chargesheet in which I was named. I was never named in any of the chargesheets in the Jain Hawala case," he said while referring to Banerjee as her "younger sister".

The governor, however, mentioned the names of two TMC leaders, who were then with other parties and their names figured in the case.

"Wonder how a leader of stature @MamataOfficial can level baseess and false allegations-perhaps too confident the sensation narrative would find takers in pliable media. Allegations are categorically denied as baseless, FALSE and diversionary cover up tactics," he later tweeted.

Dhankhar said, "Just 10 minutes before her press conference, I received a call from her. I had put forward some questions regarding the governor's speech. She said she has nothing to do (with the speech) as the cabinet had passed it. It seems her comment at the press conference was a knee-jerk reaction."

He had raised objections to some of the contents of the governor's address last year too but later read out what was given to him by the state government.

Earlier in the day, before wrapping up his week-long visit to Darjeeling, the governor alleged that GTA had turned into a "den of corruption".

"I will ensure that there is a full special audit by CAG (Comptroller and Auditor General of India) of GTA accounts so that those who were on the board of administrators are made duly accountable," he had said.

The sharp exchanges between the two top constitutional authorities in the state saw the Bengal BJP leadership firmly stand behind the governor and the ruling TMC accuse him of speaking "half-truths".

State BJP vice-president Jaiprakash Majumdar backed Dhankhar and accused the TMC of trying to humiliate him.

"The TMC, to hide its sins and corruption, is maligning the constitutional post of governor. This is unprecedented and shameful. We condemn it," he said. 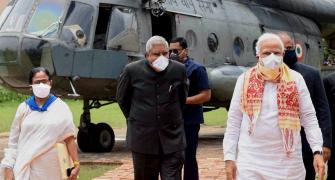 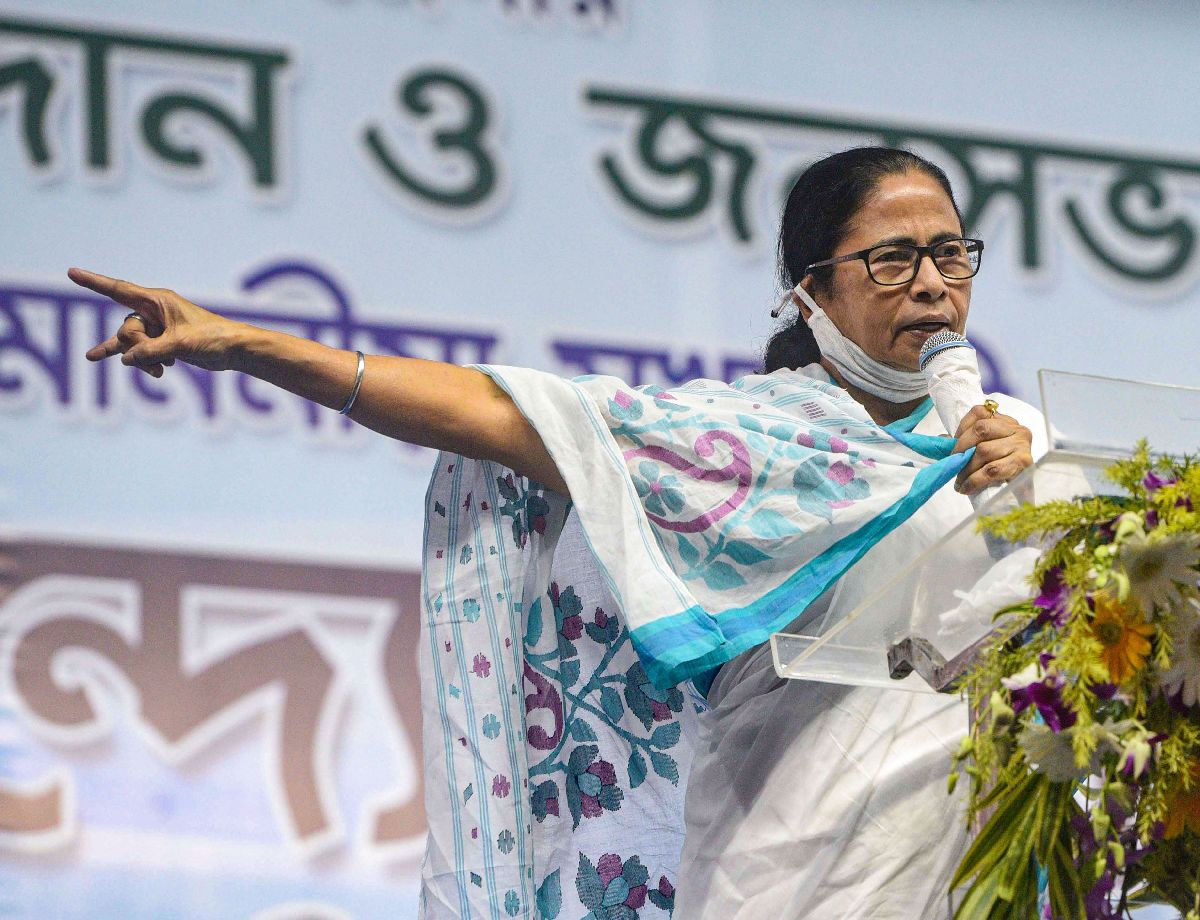