Actor-politician Tapas Paul's death has kicked up a political storm in West Bengal, with chief minister Mamata Banerjee on Wednesday blaming the Centre's "vendetta politics" for it and the Bharatiya Janata Party hitting back insisting "neglect and mistreatment" by the Trinamool Congress caused his demise.

Paul, a two-term former TMC MP, died at the age of 61 in Mumbai on Tuesday after a heart attack.

The actor-turned-politician was an accused in the Rose Valley chit fund scam case and was in jail for over a year.

He was the brand ambassador of the Rose Valley group.

Banerjee, while paying homage to Paul, alleged that another TMC leader Sultan Ahmed had also died of cardiac arrest as he was under stress after being named an accused in the Narada tapes scandal of 2016.

The wife of party MP Prasun Banerjee, too, died because of the Centre's "vengeful" politics, the TMC supremo claimed.

Prasun Banerjee's name had also cropped up in the Narada tapes scandal and was subjected to interrogation by both the Enforcement Directorate and the Central Bureua of Investigation.

Narada scandal was a sting operation in which several top TMC leaders were purportedly shown on video accepting bribes for extending favours.

"Tapas Paul was under tremendous pressure from central agencies and was a victim of the Centre's vendetta politics," she told reporters at Rabindra Sadan where Paul's mortal remains were kept for people to pay homage.

Sharply reacting to Banerjee's comments, Union minister Babul Supriyo said, "She has little or no respect for Tapas Paul. He never got due respect in Trinamool Congress. TMC is a party mired in corruption."

Lauding Paul as one of the finest actors of Bengali cinema, BJP state vice president Jaiprakash Majumdar claimed the TMC had "neglected" Paul after his arrest.

"We have seen how Mamata Banerjee sat on a dharna to stop CBI interrogation of Rajeev Kumar (an ex-Kolkata police chief in a chit fund case). But the same Banerjee didn't keep in touch with Paul after his arrest.

"It was due to the TMC and Banerjee's neglect and mistreatment that Paul became depressed and his health deteriorated," he alleged.

Banerjee praised Paul for his work in films such as "Dadar Kirti" and "Saheb" and said actors and celebrities often got associated with several organisations as brand ambassadors.

"But is this a fault for which he (Paul) had to spend more than one year in jail? Is this right? The vendetta politics of the central government is condemnable. No one is spared. I have seen three deaths before my eyes because of it," she said.

The law must take its own course, she said, adding "whisper campaign and humiliation" must stop.

"I can't even bear to look at Tapas Paul (his body)... I didn't even see Sultan's face before his last rites were performed," Banerjee said.

"Tapas Paul's death has proved how agencies can destroy a person mentally. He was devastated. He was tortured. He probably never realized his crime. He was a number one film star and he was jailed for 13 months for committing no wrong," she said.

She said the same was the case with film producer Shrikant Mohta who was in jail for a long time.

The CBI had in January last year arrested Mohta, a renowned Bengali film producer, in connection with the Rose Valley chit fund case.

Communist Party of India-Marxist legislative party leader Sujan Chakraborty, too, wondered what made Banerjee so sympathetic towards Paul whom the party "neglected" after his arrest. 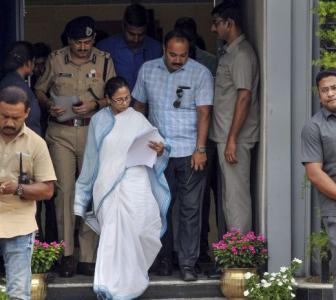 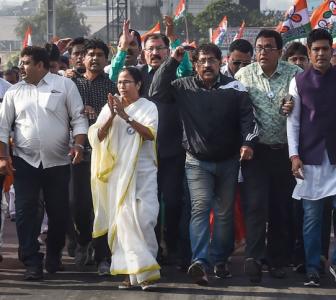 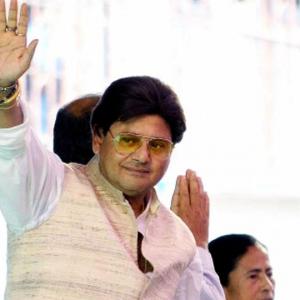