'Make in India and hate in India can't go together' 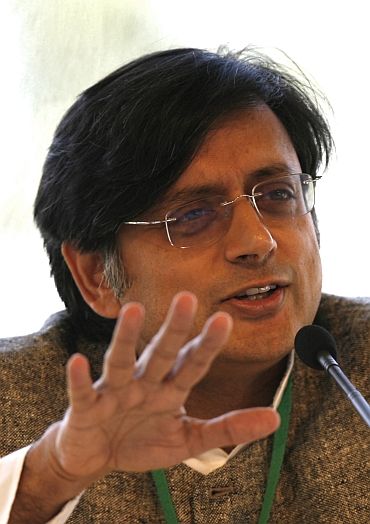 Taking a jibe at the Modi government, former minister and Congress leader Shashi Tharoor has said policies like ‘Make in India’ and hatred cannot go together as he asserted that “outrageous” statements against minorities by ruling party members only undermine the country’s soft power.

To attract foreign direct investment, which is key to the construction and modernisation of the infrastructure sector and manufacturing, the Congress MP stressed on the need to maintain the pluralistic character of the country.

Before India tries to leverage its soft power to increase its standing in the world, Tharoor said first there is need to fix the problem at the domestic front.

“For us to be credible as a nation that enjoys and wields soft power, we have to fix our domestic problems first. The truth is that we have to do enough to keep our people, healthy, well and secure not just from jihadi terrorism. Progress is being made but not enough to reach everyone,” Tharoor said in his keynote address to the Harvard University’s annual Indian convention 2016.

“If on one hand, we go around saying Make in India, Startup India and Digital India and want to attract foreign investors, we can’t do so if we are condoning hatred in India at the same time,” Tharoor said in reference to the flagship schemes launched by the Narendra Modi-led government.

“It is not good when people in the ruling party make outrageous statements against minorities. These are not good because they undermine the soft power of India,” Tharoor told the students in the packed HarvardBusinessSchool auditorium.

Tharoor asserted that in order to maintain India’s soft power, the larger idea of India needs to be sustained.

“An India that celebrates the common space of every identity, it would be a secure to be a Muslim, secure to be a kayastha... whatever you define yourself. Because all of those identities are made secure under the Indian identity,” he said.

Tharoor said if India wants to remain a source of attraction for the world, it must preserve the “precious pluralism like a civilisational asset”.

“It is not so good when women are assaulted on the streets of Delhi. It is not good when some people begin to fear that it is safer to be a cow than to be a Muslim in India today,” Tharoor said.

He also told the Indian students that one of his investor friends decided against investing in India because of acts of intolerance in the country. 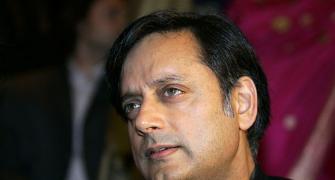 Tharoor cites 'intolerance' in BJP as bill on homosexuality voted out 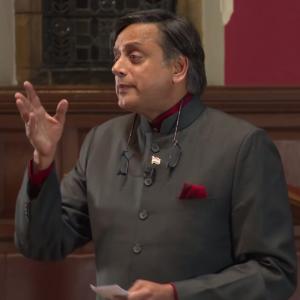