Major who tied man to jeep as 'human shield' awarded 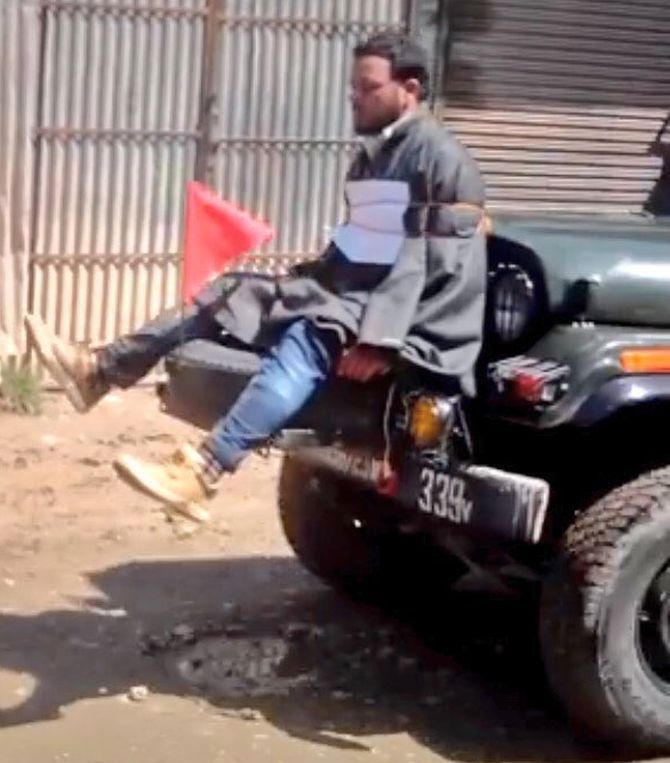 Major Leetul Gogoi, who had tied a man to a jeep in Kashmir purportedly as a shield against stone-pelters, has been honoured with the Army chief's 'Commendation Card' for his 'sustained efforts' in counter-
insurgency operations.

The award for Major Gogoi is seen as a backing of the action of the officer belonging to the 53 Rashtriya Rifles even as the Army maintained that a court of inquiry (CoI) into the incident is 'under finalisation'.

All factors including notable performance of Major Gogoi and 'overall emerging indicators' of the Court of Inquiry, have been 'well-considered' while conferring the award on him, Army sources said, in clear indication of the Army's support to his prompt decision to tie the man purportedly to protect soldiers from stone-throwers.

A video, showing the man tied to the Army vehicle during polling in the Srinagar Lok Sabha by-election on April 9, had triggered a public outcry, prompting the force to institute a probe.

The sources said Major Gogoi was given the award during Army Chief Gen Bipin Rawat's visit to Jammu and Kashmir last week.

They said the CoI into the incident is still under finalisation. The Army chief's 'Commendation Card' is considered a prestigious award and is given for distinguished services and devotion to duty.

The CoI was tasked with a probe into the circumstances that prompted Major Gogoi to tie the Kashmiri youth to the jeep's bonnet as a 'human shield'. 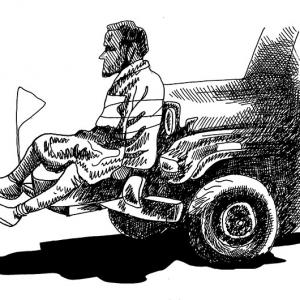