The Shiv Sena and the NCP suspect that either of them may walk into the waiting arms of the BJP. The Congress feels that the Sena and the NCP may eventually team up and marginalise it, reports Dhaval Kulkarni. 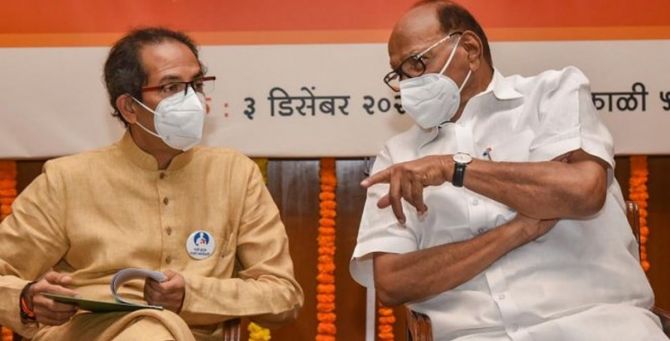 Teen tigada, kaam bigada. As the saying goes, three partners are sure to make the best-laid plans go haywire. This jinx seems to be haunting the three-party Maha Vikas Aghadi regime in Maharashtra with relations among the Shiv Sena, the Nationalist Congress Party and the Congress on a constant simmer.

On June 19, which was the Shiv Sena’s foundation day, Chief Minister and Shiv Sena President Uddhav Thackeray launched an uncharacteristic broadside at the Congress, whose state president Nana Patole had threatened to contest the next elections independently. Without naming the Congress, Uddhav said the people would “beat with footwear" those who spoke about contesting elections alone instead of offering a solution to the problems of the people.

This was followed by Shiv Sena legislator Pratap Sarnaik’s letter to Uddhav in which he asked him to patch up with the Bharatiya Janata Party and Prime Minister Narendra Modi before next year’s Mumbai and Thane civic polls.

Sarnaik, who is being investigated by the Enforcement Directorate for alleged money laundering, said central agencies were harassing him and minister Anil Parab and MLA Ravindra Waikar, who are close to Uddhav, and that this realignment with the BJP would ease the pressure. Sarnaik, who is close to the Thackerays, has charged that the NCP and Congress were chipping at the Shiv Sena’s base.

Leaders of MVA constituents admit that the discord is not restricted to just a statement or two by Patole or Uddhav or a stray letter by Sarnaik. There is a larger trust deficit and power struggle at play. They point to a slew of meetings, including those between former CM and Leader of the Opposition Devendra Fadnavis and NCP chief Sharad Pawar, who is seen as the MVA’s glue, and Uddhav and Prime Minister Narendra Modi, and later Sena hawk and BJP baiter Sanjay Raut’s fulsome praise of Modi as straws in the wind.

The three parties have to contend with disgruntlement among legislators who have been denied ministerial berths or positions in cash-rich corporations. The NCP, with plum portfolios like finance, home, housing, water resources, and rural development, is seen as controlling the government, with deputy CM and NCP leader Ajit Pawar as the regime’s alpha male and go-to man. The otherwise rough-and-ready Shiv Sena, despite its party president being the chief minister, is perceived as being in power but not in authority. Congress ministers also complain about being denied funds and over “interference” in their department.

The Shiv Sena and the NCP suspect that either of them may walk into the waiting arms of the BJP. The Congress feels that the Sena and the NCP may eventually team up and marginalise it. The NCP is also strategically picking on the Congress core vote base.

“Patole’s comments were posturing aimed at reinvigorating the party cadre. If he admits that the Congress may get just a third of the 288 assembly seats to contest should it ally with the Shiv Sena and NCP, the party organisation may become dormant,” explained a senior Congress leader.

He admitted to a fear in the NCP and the Congress about a possible Shiv Sena-BJP realignment. “The Shiv Sena’s chemistry with the BJP went downhill after Fadnavis took charge. The BJP leadership may get Fadnavis into national politics to clear the decks for a possible reconciliation with the Sena,” said the Congress leader.

The Shiv Sena faces a tough challenge from the BJP in the Brihanmumbai Municipal Corporation elections due early next year. With a Rs 39,000 crore budget, the BMC is Asia’s richest civic body. In 2017, the BJP, which had contested the polls alone, fell short of the Sena’s tally of 86 by just two seats.

Sources say some of the Shiv Sena’s Lok Sabha MPs are eager for the party to reconcile with the BJP as they attribute their 2014 and 2019 victories to the Modi wave. The Shiv Sena and the NCP compete for political space in regions like Marathwada and the Konkan, and incumbent MPs or their rivals from the Congress or NCP may not back down in favour of their competitors.

An NCP minister claimed that Sarnaik’s letter may have been written at the BJP’s behest. “The BJP seems intent on implementing the West Bengal model here,” he charged, in a reference to Trinamool Congress leaders being probed by central agencies switching over the BJP before the recent state Assembly polls.

“Politics is a game of perception. The Shiv Sena and the NCP are using the threat of reconciliation with the BJP to create pressure on each other. The Congress, which feels neglected in the larger scheme of things, also wants to show its nuisance value,” said a BJP leader.

However, Shiv Sena sources say that Sarnaik’s letter may have queered the pitch for a possible rapprochement with the BJP. Any effort in this direction would seem as coming under duress and send a wrong signal to the cadre.

In the Sena, Sarnaik is seen as a victim of the Centre’s vendetta politics. He had taken up the issue of television anchor Arnab Goswami’s role in an alleged abetment to suicide case and moved a privilege motion against Goswami and actor Kangana Ranaut, who are considered close to the BJP. There is a feeling that the party has not come out strongly in Sarnaik’s support. Sarnaik’s son Purvesh is married to the daughter of former minister and Fadnavis confidant Ranjit Patil.

However, Shiv Sena Rajya Sabha MP Sanjay Raut said that Sarnaik had just put forth his stance in the letter and this would not affect the government’s longevity. 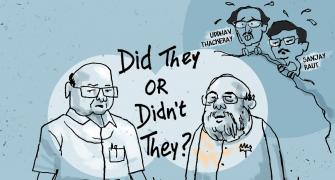 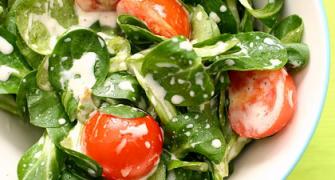