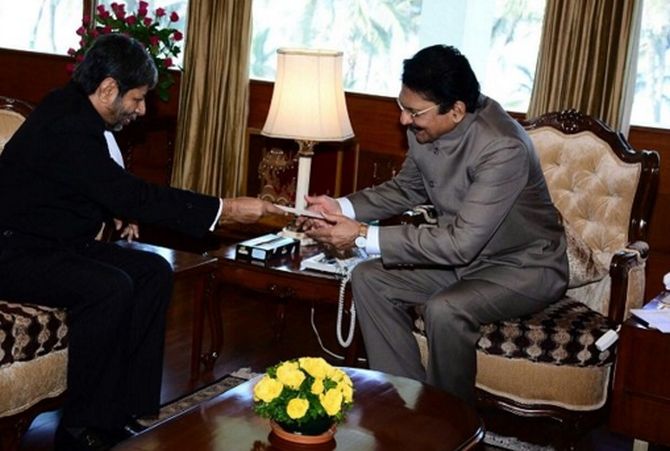 Maharashtra Advocate General Shreehari Aney on Tuesday resigned amid a row over his remarks about a separate Marathwada state. Aney drove to Raj Bhavan on Tuesday morning and handed over his resignation to Governor C Vidyasagar Rao, an official said.

"Shreehari Aney has submitted his resignation to the governor. Whether to accept it or not, is his (governor's) prerogative," an official from the governor's office said.

Maharashtra Chief Minister Devendra Fadnavis is expected to make a statement on the issue in the state Legislature. Fadnavis had asked Aney to put in his papers, a senior minister said.

The move comes after the AG stoked a controversy by advocating separate statehood for the Marathwada region. He had earlier sparked a similar row by calling for a referendum on a separate Vidarabha state.

Fadnavis spoke with Aney on Monday and asked him to tender his resignation. Aney met the CM at his official residence 'Varsha' on Monday evening.

With even BJP's ally Shiv Sena joining the strident protests against Aney in both Houses of Legislature, the CM was left with little choice, the minister said. As principal law adviser, AG's responsibility is to represent the state government before the judiciary.

At an event in Jalna district of Marathwada on Sunday, Aney had said, "Marathwada bore more injustice than Vidarbha and should therefore be independent. Pressure has to be put at the Delhi level to form a separate state as the demand does not come under the purview of Mumbai."

The opposition parties and Shiv Sena on Monday moved separate motions in the Assembly seeking Aney's dismissal. The Sena has refused to participate in Cabinet meetings until Aney is sacked.

Enraged over the Maharashtra Advocate General's remarks favouring a separate Marathwada state, ruling ally Shiv Sena said Chief Minister Fadnavis has no right to continue heading the state if he does not care about its prestige.

An editorial in Sena mouthpiece 'Saamna' said, "When Congress leader Digvijay Singh accused the chief minister of nepotism (over SRA's directive to developers to open an

account in a bank where the CM's wife works), Fadnavis sent a legal notice to him. If the CM is so emotional and sensitive about his image, why is action not being taken against Aney who is insulting Maharashtra".

"Amruta is his wife, but Maharashtra is his mother. If Devendra Fadnavis does not care about the unity and prestige of Maharashtra like he cares about his wife's insult, he has no right to be the chief minister," it said.

"Chief minister, Maharashtra is your mother, take its prestige seriously," the Sena said.

Taunting the BJP for backing Aney when he called for a separate statehood for Vidarbha, the Sena said that while those committing "treason" are criminals, those who back such people and remain soft towards them are bigger criminals. Aney was appointed as AG by the BJP-led government in October last year.

Meanwhile, Aney said that he quit on his own and was not asked to do so by CM Devendra Fadnavis.

"Let me make it clear that neither His Excellency the Governor nor the Honourable Chief Minister asked me for my resignation," Aney said in a statement.

This was most visible in my arguments in matters concerning lack of development of Vidarbha, the insistence on the right of people of Marathwada to drinking water, and the need for stronger governmental measures to tackle the issue of farmers' suicides and the state's agrarian crisis," Aney said.

"My submissions leading to withdrawal of the state's resolution regarding sedition, and the right of women to enter places of religious worship are further illustrations of placing the interest of the people uppermost," he said.

"Such arguments might have caused discomfort to the state, but they did result in orders of the high court which directly benefited the neediest and most deprived sections of the public. In that, I find a complete vindication of the office of the Advocate General," he said.

"The second reason is of institutional stability. In spite of the fact that my stand on Vidarbha's statehood is well known, it became the reason for disruption of the state's legislature for two weeks in the winter session," he said.

"I first declared my support to Marathwada's statehood cause over a month ago at a public function at Ahmednagar. I reiterated it three days ago at Jalna. I have written more elaborately about the Jalna speech in a separate post on Facebook," he said. 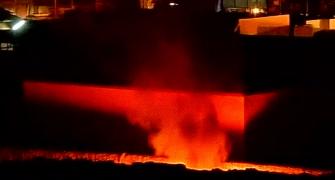 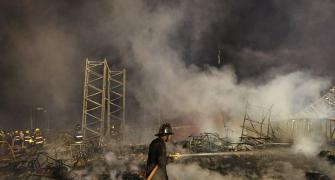 Was safety compromised at Make in India event? Probe begins into fire 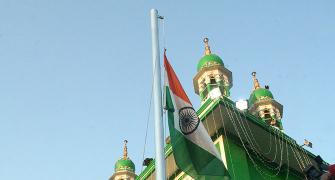