Did a school in Lucknow discriminate against a girl for wearing a head scarf? Parents say the school was informed during admission, principal denies it. Now, the UP government has stepped in. Rediff.com/Sharat Pradhan reports The Lucknow-based St Joseph's Inter College has refused entry to a young girl student for wearing a hijab (head scarf) on campus.

On her first day at the St Joseph's Inter College, on May 7, Farheen Fatima (15), was not allowed to attend class as she wore a head scarf. She was told to spend the entire day in the school library.

The next day too, when she once again wore her head scarf to school, she was told to sit it out at the library.

The girl then called her parents, who first met the principal and then gave a written application to the principal that their daughter be allowed to attend school wearing a head scarf.

Despite the name, St Joseph’s is not a Christian missionary school and is run by an Aggrawal.

Explaining the school's stand, Principal N Emmanuel said today, "We follow a certain dress code  and hijab is not a part of that code. We cannot make exceptions as it will compromise with the discipline of the institution.”

After failing to convince the principal , the parents made a formal complaint to the UP Child Rights Protection Commission whose member Naheed Lari Khan  visited the institution on Friday .

“I spoke to several students of the school and it was evident that nobody expressed any reservation against a student wearing a hijab," Khan said.

“I therefore have reason to believe that the school management is discriminating against Farheen purely on religious grounds which is unlawful and unconstitutional," she declared. “I have urged the district administration to take suitable action against the school," she added.

District magistrate Raj Shekhar said, “I have appointed a two-member committee comprising the district inspector of schools and additional city magistrate to look into the issue and submit a report by Monday, following which appropriate action would be taken.” 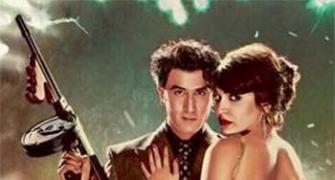 'There's only one wall, Dravid! Don't think I can take his place' 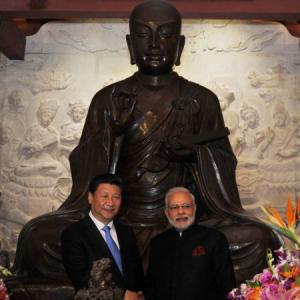 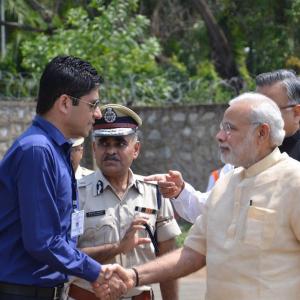