Experts say the 12-hour long anti-terror operation is incontrovertible evidence of the fact that Islamic State has developed its roots in the country. 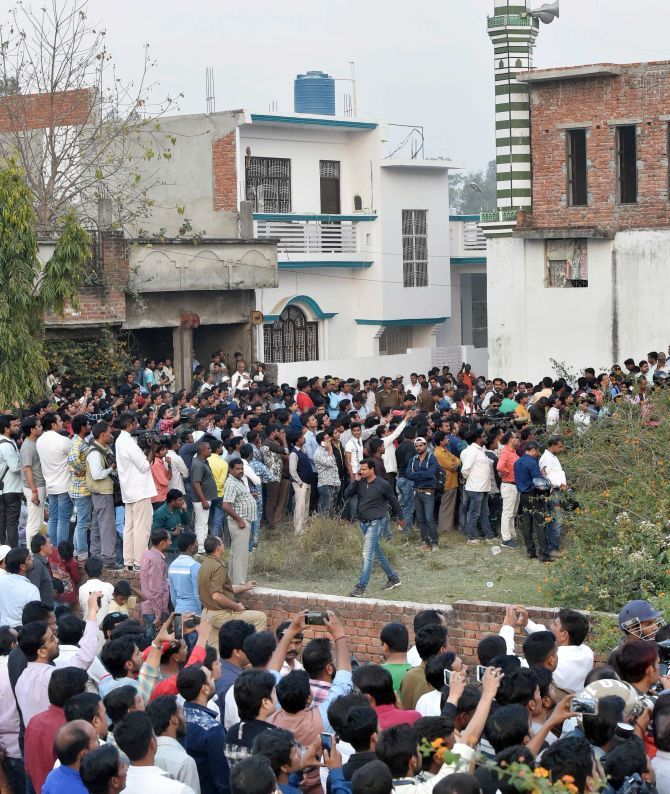 Hinting at the involvement of the Islamic State in the Lucknow encounter, former Uttar Pradesh Director General of Police Vikram Singh on Wednesday said it is high time to give a befitting reply to such forces for the cause of India’s unity and solidarity.

The former top cop in Uttar Pradesh’s Noida city said that the Lucknow episode is a wake-up call for the entire nation.

“It is an incontrovertible evidence of the fact that Islamic State has developed its roots in the nation and the time has now come to give a befitting reply and have a perfect roll-back for counter operations,” Singh said.

“It is now a compulsion and no opposition should be tolerated by the nation because now it is the question of either you or the nation. Therefore, in national interest a befitting reply has to be given to such activities,” he added.

Expressing shock over the recoveries post Tuesday’s encounter, Singh said the youth in particular should fight for the cause of India’s unity.

Echoing similar sentiments, former Jammu and Kashmir Police chief MM Khajuria said India is under the radar of the IS, adding such national threats should, therefore, not be ignored.

“I think IS has been operating for quite some time. And unfortunately some of the political class and the government and also some agencies are trying to downplay the threat and failing to take action that is required,” Khajuria said.

“It is the ideology that you have to fight. Youth is getting attracted towards the ISIS and their ideology. This is, therefore, the final wake-up call. One thing is certain that we are in the radar of the ISIS. We should reach out the vulnerable youth and should insulate them,” he added.

Defence expert Major General PK Sehgal (retired) on his part lauded the security forces and said the success of this operation could translate into securing crucial information about existing terror networks and modules.

Major General Sehgal (retd) said, “I would like to commend the security forces and intelligence agencies who got the information and acted with absolute professionalism, total swiftness and before any major damage could have happened, all of them were nabbed. Since all of them are caught have been caught alive, a lot of information is likely to be made available and their complete terrorist network and module could thereafter be broken.”

“This incident took almost 12 hours because every attempt was made to capture the terrorist alive. Had they carried out an operation to eliminate them then the operation would have ended in one or two hours,” he added.

The terrorist holed up inside a house in the outskirts of Lucknow at Thakurganj locality under Kakori police station, was killed by security forces late Tuesday night following a 12-hour long anti-terror operation.

Additional Director General of Police Daljit Chaudhary said the force went inside house and found the suspect dead along with weapons. He said the operation stands closed now and rest of the legal formalities will subsequently take place.

Inspector General of the Anti-Terror Squad Aseem Arun confirmed that the slain terror suspect was an active member of the Islamic State terror group.

Image: People gather near the site of the encounter between security forces and terrorist who was holed up inside a building in the Thakurganj area of Lucknow. Photograph: Nand Kumar/PTI Photo 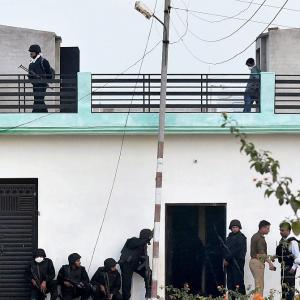