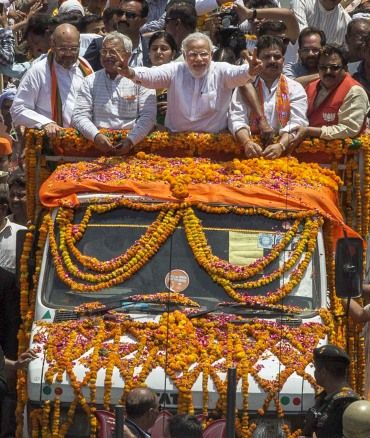 The road to 7 Race Course Road runs through Uttar Pradesh.

For, a party that is unable to win big in Uttar Pradesh can never form the federal government in India.

So far, almost every opinion poll states that the BJP will win around 45-55 seats out of the 80 on offer in Uttar Pradesh in the 2014 elections.

But is it so easy for the BJP to win so many seats, considering that in 2009 its tally was just 10?

We decided to answer this question using a data-driven, mathematical approach.

Move the interactive slider to see how the vote swing will affect the BJP’s seats tally.

For every Lok Sabha constituency, we took the vote share in the most recent 2012 assembly elections as our starting point.

We then calculated the change in unemployment for that constituency, based on data from the National Sample Survey Organization.

If, in a particular constituency, unemployment has decreased, which is a positive development, we gave the ruling party some votes from the other parties’ share.

If, on the other hand, unemployment has increased in a constituency, a negative development, we deducted some votes of the ruling party and divided it equally among other parties in the region.

Depending on how much unemployment grew/fell in a constituency, the shift in the votes was between 0% and 10%.

Once this was done, the Modi Wave factor was applied to each constituency. This wave factor was mathematically measured as the percentage of votes polled in that Lok Sabha constituency that will shift to the BJP.

After applying this wave factor, the party with the most votes was declared as winner in that constituency.

Based on the above methodology, we find that if there is no Modi Wave, the BJP will bag only five seats in UP.

If the BJP is able to corner 10 percent more votes, in other words have a 10 percent swing in its favour, it will win 12 seats in UP. 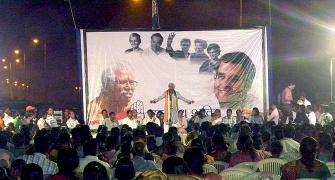 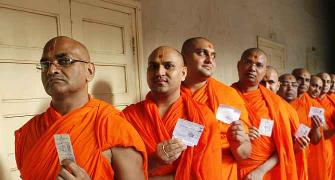 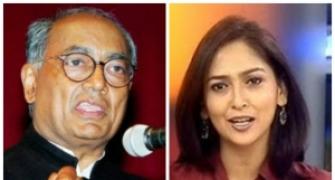 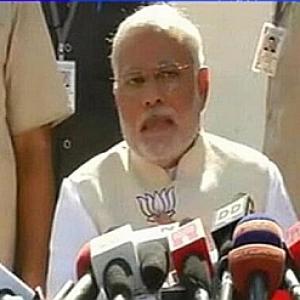 Modi in trouble with EC for flashing BJP symbol during presser 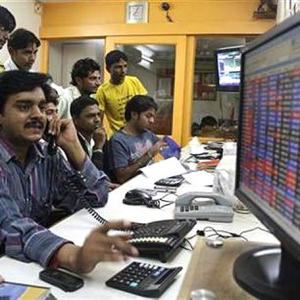