An all party meeting to seek views across the political spectrum on the issue of inclusion of the prime minister under the Lokpal Bill is likely to be held in the first week of next month.

Government sources indicated that the meeting is expected to be convened soon after June 30 by which time the work of the joint committee to draft the bill will be over. The committee has final meetings scheduled on Monday and the day after.

Finance Minister Pranab Mukherjee is expected to have consultations with senior party leaders and ministers ahead of the joint committee deliberations. The Congress core group which met over the weekend had favoured an all party meeting against the backdrop of widening differences between the government and the civil society representatives led by Anna Hazare.

The Hazare camp has been pitching for the inclusion of prime minister and the higher judiciary in the proposed Lokpal Bill. Senior ministers like Chidambaram and several top party leaders have been maintaining there was divergence of views on the prime minister's inclusion.

Reports have it that the United Progressive Alliance constituents too have divergent views. They say that since the Congress is leading the coalition it has to take everyone together.

Another suggestion was that the PM could be brought in with specially carved exceptions or after he demits office. Congress leaders have been maintaining in private that bringing the PM under the ambit of Lok Pal is fraught with serious consequences and a decision in this regard needed to be taken keeping in mind a long-term view.

Minister of Human Resource Development minister Kapil Sibal has said while the government was opposed to the PM's inclusion under the Lokpal bill, it was open to the idea to cover him once he demits office.

"Within the government, we feel prima facie, the PM should not be covered. But, we want to make sure that if he demits office, he should not be exonerated from prosecution," Sibal, who is a member of the Joint Committee, has said.

Congress and the government are of the view that the Parliament is supreme and Anna Hazare and his team should not adopt the attitude of "my way or the highway". That the government and Congress wanted to involve other parties was evident when Sibal recently said political parties could have different views on the matter.

Punjab Chief Minister Parkash Singh Badal, whose party Shiromani Akali Dal is part of the National Democratic Alliance has expressed himself against bringing prime minister under the ambit of the Lokpal.

The Congress has accused the Bharatiya Janata Party of playing opportunistic politics by not not revealing its mind on the key issue. Delhi Chief Minister and senior Congress leader Shiela Dikshit has opposed to the idea of setting up of Lokpal and advised that the existing mechanism against corruption should be strengthened.

Chief ministers of Congress-ruled states have toed the Centre's line on the Lokpal bill opposing inclusion of the prime minister under its ambit while those from states where BJP is in power have sought wider deliberations before a final view is taken.

Several chief ministers of BJP-ruled states have expressed surprise over why they are being consulted now when final draft is not ready and demanded that their opinion is sought on the whole bill and not just on the six issues where differences have cropped up between the Centre and the civil society.

Finance minister Pranab Mukherjee, who is chairman of the joint Lokpal bill drafting panel, had sent six questions on the proposed legislation to the chief ministers seeking their opinion on them. 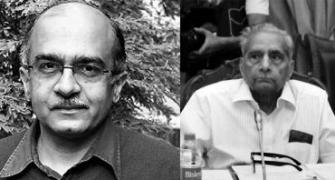 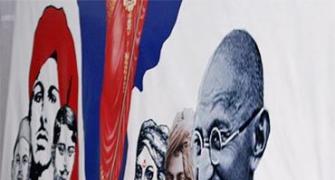 'It seems corrupt forces in the country have united' 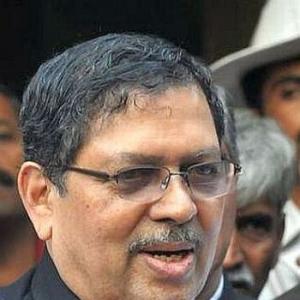 'Lokpal bill will just be a face saving exercise' 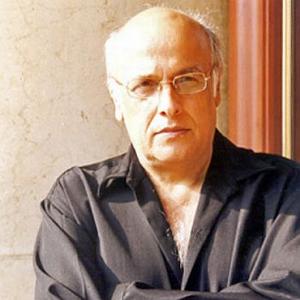