In a bid to prevent a split in the Lok Janshakti legislature party in Bihar, party national general secretary Suraj Bhan Singh arrived in Patna on Sunday morning to take back the available party legislators to Delhi to attend a meeting called by party chief Ram Vilas Paswan.

President of LJP's dissovled Bihar unit, Narendra Singh, asked Paswan to work towards the formation of a Nitish Kumar-led government in the state.

The LJP has 29 MLAs in the assembly.

"Paswan has made several sacrifices in the past and quit the National Democratic Alliance government in the wake of Gujarat riots. Now, the time has come once again for his renunciation. He should immediately part company with the United Progressive Alliance and step down from his ministry for the sake of Bihar, and also to avoid an imminent split in the LJP," Singh said.

Singh said he had already approached Paswan for backing a government led by Nitish Kumar after the Congress and the Rashtriya Janata Dal rejected his (Paswan's) formula for a Congress-led government in Bihar.

In Delhi, Paswan reviewed the Bihar developments with some of his senior party leaders and later told reporters that the legislature party was 'intact' and discounted reports of a split in his party.

Meanwhile, according to party sources, the dozen legislators of the Bihar unit of the LJP, who had camped at two resorts near Jamshedpur since Friday, checked out on Sunday to an undisclosed destination.

The sources said the LJP MLAs and some other leaders boarded two buses after checking out of 10th Milestone and Hill View Resort, 14 km from Jamshedpur.

A senior JD(U) leader said on condition of anonymity that his party did not have any role to play at the moment and was adopting a 'wait and watch approach'.

He said the role of his party, as also the BJP-led NDA, would become relevant only after a substantial number of LJP MLAs turned defiant and caused a split in the party. 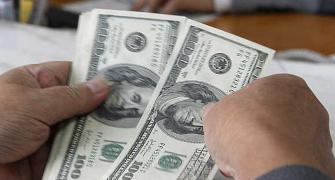