As the world eagerly waits for an announcement on the finding of elusive Higgs boson particle, a leaked video suggests that the scientists have indeed found evidence for a new particle, possibly the Higgs, according to news reports.

The video which was briefly made public on Tuesday on the website of the European Organisation for Nuclear Research confirmed that physicists at the world's largest atom smasher -- Large Hadron Collider -- have most likely discovered the long-sought particle, also known as the 'God Particle'.

"We've observed a new particle... we have quite strong evidence that there's something there" with a mass roughly 130 times the mass of the proton, Joe Incandela, spokesman for the CMS experiment at LHC, was quoted by ScienceNews as saying in the video.

"This is the most massive such particle that exists, if we confirm all of this -- which I think we will," he says in the video which now resides in a password-protected part of the lab's website.

Since the particle decayed into two photons, scientists are pretty sure it is a boson, though they can't be sure it's the Higgs boson, which may solve the fundamental questions about the formation of the universe.

"This video was one of several videos we prerecorded to account for all scenarios," the CERN press office told LiveScience in an email. "For reasons not yet understood, it became temporarily visible."

The possibly newfound particle has a mass that's around 130 times that of a proton, making it the most massive particle that exists if, in fact, its existence is confirmed.

The Higgs boson is thought to give all other matter its mass; it is predicted by the leading theory of particle physics called the Standard Model. This model, however, doesn't predict the Higgs' mass, and so physicists have been searching a wide range of masses to spot it.

"When we say we've observed the particle it means we've just got enough data to say it's there and it's very unlikely to go away. That's what an observation is," Incandela said in the video.

The scientists at CERN are expected to brief about their finding later.  It's expected that the scientists will say they are 99.99 per cent certain the particle has been found -- which is known as "four sigma" level.

Peter Higgs, the Edinburgh University emeritus professor of physics that the particle is named after, is among those who have been called to the press conference in Switzerland.

The LHC, housed in an 18-mile tunnel buried deep underground near the French-Swiss border, smashes beams of protons -- sub-atomic particles -- together at close to the speed of light, recreating the conditions that existed a fraction of a second after the Big Bang.

If the physicists' theory is correct, a few Higgs bosons should be created in every trillion collisions, before rapidly decaying. This decay would leave behind a "footprint" that would show up as a bump in their graphs. 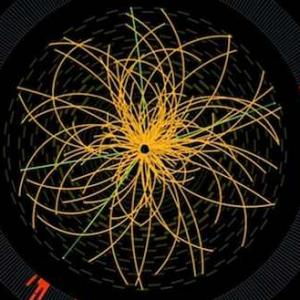 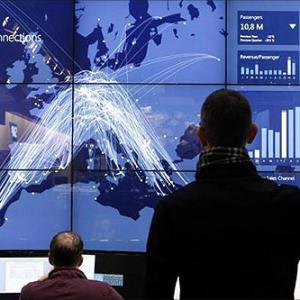