News
Business
Movies
Sports
Cricket
Get Ahead
Money Tips
Shopping
Sign in  |  Create a Rediffmail account
Rediff.com  » News » Lalu Yadav Is Back Where He Belongs

How we have missed his pithy observations on the rivers of Indian politics!

For the last four years, Rashtriya Janata Dal chief Lalu Prasad Yadav has been silent, exiled from politics, first by detention in the fodder scam, and then by the perilous state of his health.

On Wednesday, October 27, the old political warhorse returned to the election trail, campaigning for the October 30 by-elections to the Kusheshwar Asthan and Tarapur assembly seats in Bihar.

Please click on the images for the first glimpses of Lalu at an election rally since 2017.

IMAGE: Laloo, alongside son and RJD leader Tejashwi Yadav, at an election meeting.
We have no information yet if Lalu was his old self in his speeches, winning over the sceptics in the audience with his earthy wit and sharp observations. Photograph: Pappi Sharma/ANI Photo 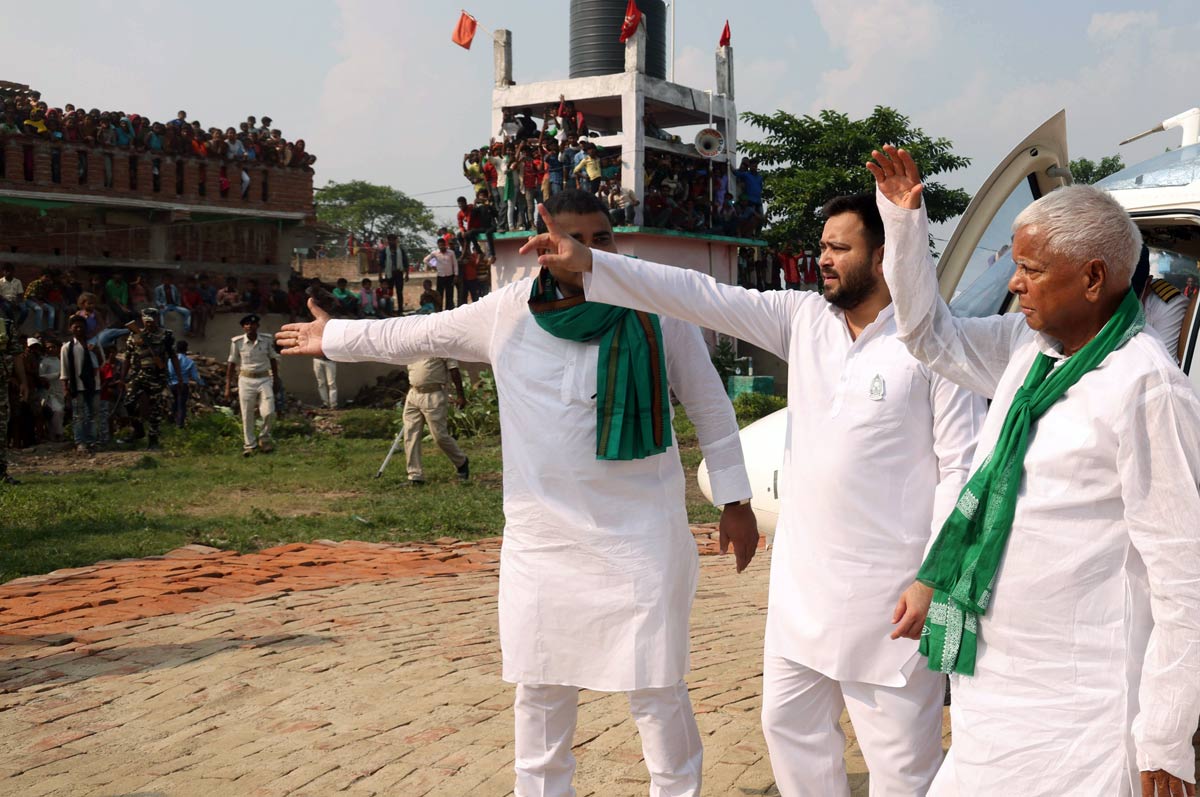 IMAGE: Lalu turned 73 in June and has been recovering from poor health in New Delhi, away from the squabbles in Patna currently afflicting his family, with both his elder children, Dr Misa Bharti and Tej Pratap Yadav, reportedly miffed with their younger sibling Tejashwi's dominance in the RJD. Photograph: Aftab Alam Siddiqui/ANI Photo 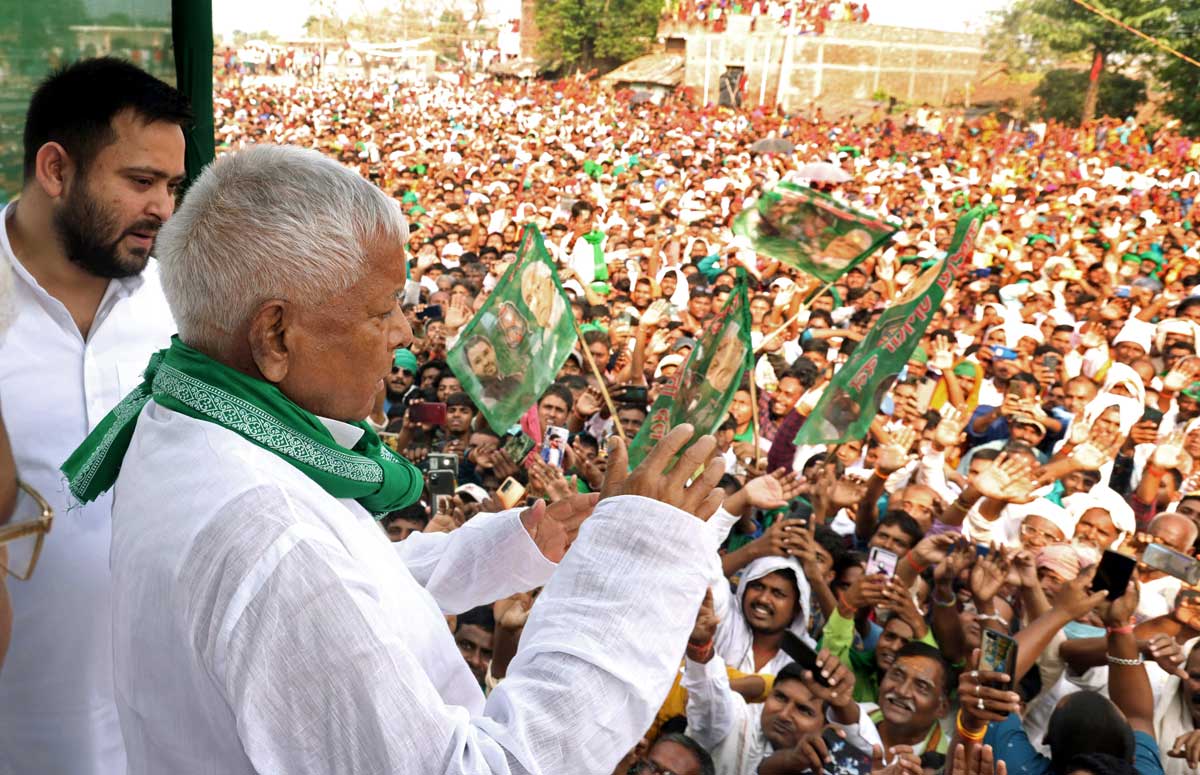 IMAGE: Apart from Narendra Damodardas Modi, who is in a league of his own, we think few political leaders engage with an audience at public meetings like Lalu does... Photograph: Aftab Alam Siddiqui/ANI Photo 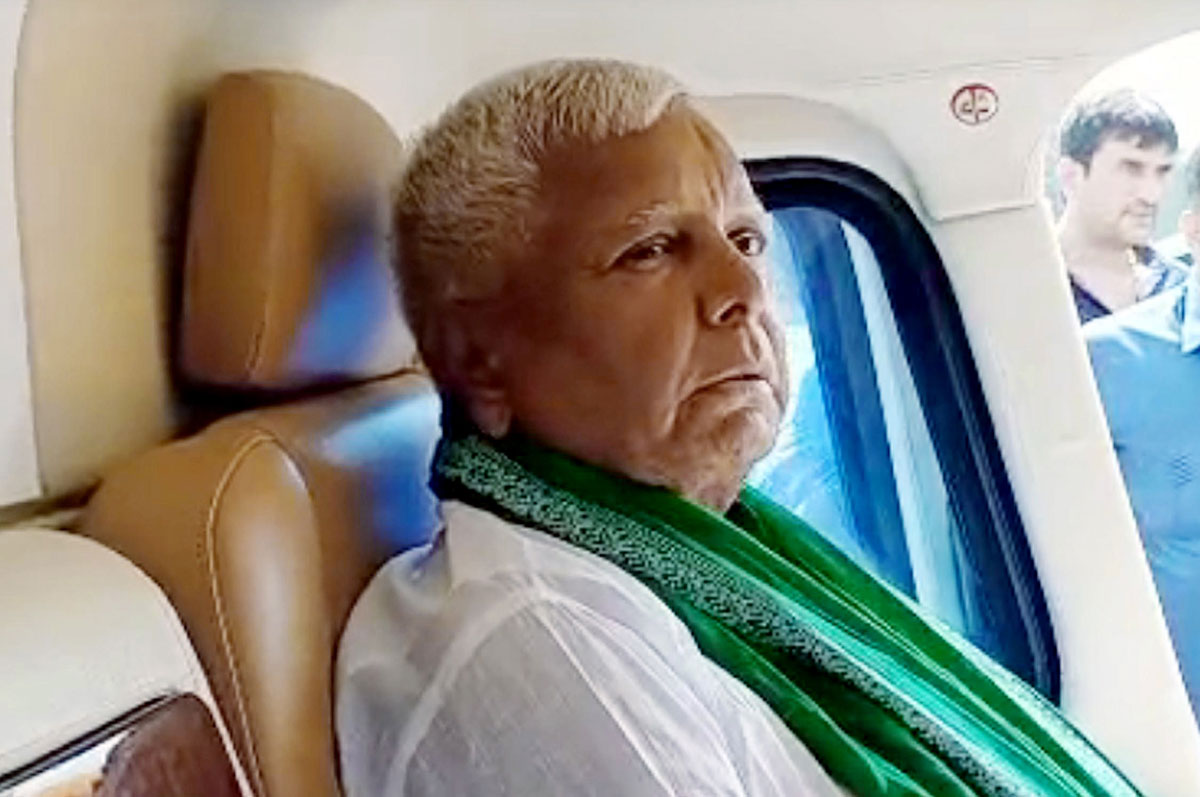 IMAGE: Lalu briefs the media in Patna before leaving for the election rally.
The by-election results will determine the longevity of the Nitish Kumar government in Bihar.
If the Janata Dal-United wins both seats, Nitish babu will secure a reprieve from the constant sniping emerging out of his ally, the Bharatiya Janata Party's chambers.
Electoral defeat could weaken Nitish and louden the BJP's calls for his replacement by one of their own.
After all, the BJP won more seats in the 2020 assembly election than the JD-U, but interestingly less than Tejashwi's RJD in its first Lalu-less election. Photograph: Pappi Sharma/ANI Photo 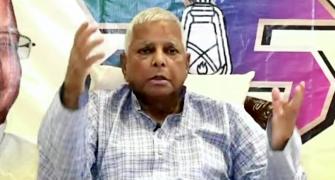 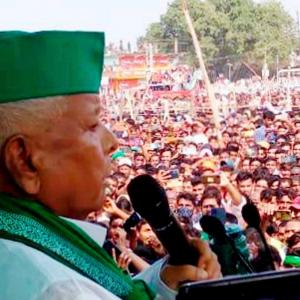 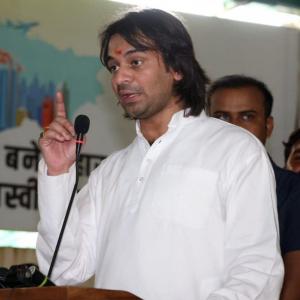