Ruling the Bhartiya Janata Party suffered a fresh setback in poll-bound Karnataka with two more ministers quitting the Jagadish Shettar cabinet on Thursday, amid indications that they would join the Congress.

The two said they would resign from the primary membership of the party and also submit their resignation from Assembly membership to Speaker K G Bopaiah.

The sources said Yogeeshwara and Rajugouda have been promised by central Congress leaders that they would be taken into the party fold.

The BJP has been reeling under a resignation spree ahead of elections to urban local bodies (excluding Bangalore) on March 7 and the assembly polls expected in May.

Sources claimed that several BJP MLAs, including some ministers, have knocked at the doors of the Congress, which is in the process of taking a call on their entry into the party. 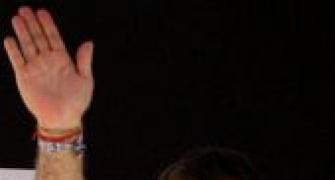 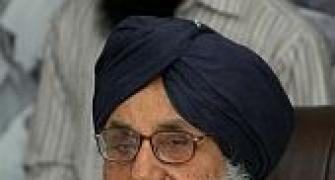 My good health is bad for Congress, says Badal