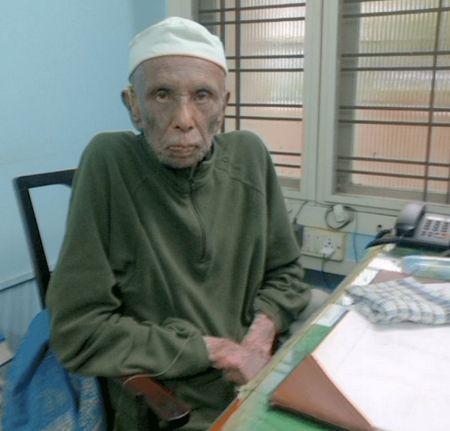 The retired Karnataka high court judge is frail but sharp as a tack is a staunch disbeliever of Aadhaar, saying all it does is replace other forms of identification, reports Alnoor Peermohamed.

It’s highly likely that 92-year-old Justice K S Puttaswamy’s hearing impediment caused him to misinterpret this correspondent’s question on the Supreme Court’s landmark right to privacy judgment, but his earnest response on how he was most impressed with the way women in India were taking to studying law, quickly proved that despite his age, his thoughts are very modern.

“When I studied law, there were no women in my class. Today, in our National Law School, women are grabbing all the top ranks. I’m not fully aware of the figure, but today something like 40 per cent of the law graduates are women. In the courts, they are doing wonders,” said Puttaswamy.

Justice Puttaswamy, the retired Karnataka high court judge who filed the initial petition in the Supreme Court in 2012 arguing that the right to privacy was a fundamental right, is frail but sharp as a tack. When you do get through to him with a question, he answers quickly and eloquently, pointing out how he keeps himself abreast with all the latest developments.

He is extremely happy about the judgment delivered by the nine-judge Supreme Court Bench upholding the right to privacy as a fundamental right, but quickly retorts that it’s a victory of the people. “Everyone is happy. Aren’t you?” While it’s his name on the judgment, he says it’s the hard work of the council in putting forth the best arguments that won the case.

Justice N Venkatachala, the former Chief Justice of India, remembers him as a persuasive lawyer who fought a lot of transport and motor vehicle cases in the sixties and seventies. After becoming a judge in 1979, the two came in close contact, and even served on the same bench in the Karnataka high court for a few years.

Justice Puttaswamy took up another assignment after his retirement that made him move to Hyderabad.  On his return to his hometown, and when the Aadhaar Act was being discussed, he filed a petition, saying privacy concerns need to be addressed by the government.

“He’s a very sensitive person and he moved this petition; it’s a landmark case. I have not been in touch with him of late,” says Justice Venkatachala, about his former colleague in the state high court.

When asked about how the judgment might impact the case against Aadhaar, Justice Puttaswamy says there will definitely be an impact, but he doesn’t quite know yet since he has not read the judgment.

A staunch disbeliever of Aadhaar, saying all it does is replace other forms of identification such as Permanent Account Number and voter ID, he says he was forced to register with the Unique Identification Authority of India a few months ago to file his income tax returns.

Justice Puttaswamy expects the government to fight hard for Aadhaar to retain its powers and while he says the right to privacy and Aadhaar are separate, the two are intrinsically connected. However, he says with certainty that the government will not go after reversing the Supreme Court’s judgment on Thursday.

“Take it from me. The government is not going to do that. If they interfere with this, they will get into further trouble,” adds Justice Puttaswamy sagely.

Image: Justice K S Puttaswamy is very happy with the judgment by the Supreme Court saying it’s a victory of the people. Photograph courtesy: Barandbench.com

'It is very progressive': SC verdict on right to privacy hailed 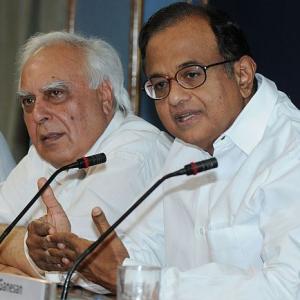