Koodankulam first phase commissioning put off to May

Source: PTI
December 16, 2011 14:36 IST
Hit by protests, the commissioning of the first unit of the Indo-Russian Koodankulam Nuclear Power Project has been further delayed by another two months, to May next.

After achieving 99.2 per cent of the physical progress to produce 1000 MW of power, the first unit is now expected to go for commercial operation by May next year, Nuclear Power Corporation of India Limited said.

The plant was earlier scheduled for commercial operations in December but it was deferred to March next due to the stir by locals and resultant stand-off between them and government.

The commercial operation of the second unit to produce another 1000 mw is now expected by February 2013, the NPCIL said.

The project is dogged by controversy with locals raising safety concerns and persisting with protests despite a government appointed experts panel vouching for its safety.

The third round of talks with the central experts panel to break the impasse failed to make headway yesterday with the protesters saying the safety concerns were not addressed.

Meanwhile, shops in Idinthakarai and Koodankulam in Tirunelveli district remained closed with black flags fluttering atop houses, to protest the proposal for construction of two more reactors of Russian design.

The protest coincides with the three-day visit of Prime Minister Manmohan Singh to Russia from Thursday but the contract for construction of two more reactors of Russian design at Koodankulam is unlikely to be signed even though negotiations are at an "advanced" stage.

Besides those observing fast as part of the third phase of agitation at Idinthakarai for the 60th day today, another section of fishermen began a 72-hour fast and boycott of fishing to protest building two more plants at Koodankulam.

Meanwhile, the People's Movement Against Nuclear Energy, spearheading the stir, said the next round of talks with the Central Government Expert Committee would be possible only if the government provided 14 documents sought by them.

The documents sought included reports and comments from the ministry of environment and forests, minutes of all meetings of expert appraisal committee of the MoEF, supplementary or additional reports/studies submitted to MoEF pursuant to any queries of the EAC on both reactors, movement convenor N Pushparayan, who represented the state committee during talks with the central panel, said.
Source: PTI© Copyright 2023 PTI. All rights reserved. Republication or redistribution of PTI content, including by framing or similar means, is expressly prohibited without the prior written consent.
Related News: Koodankulam, Nuclear Power Corporation of India Limited, EAC, N Pushparayan, Central Government Expert Committee
Print this article 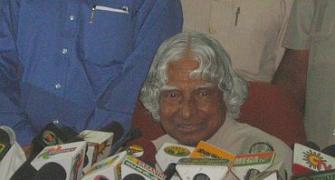 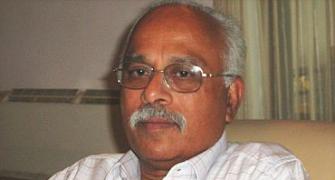 'No one would be exposed to radiation around the nuclear plant' 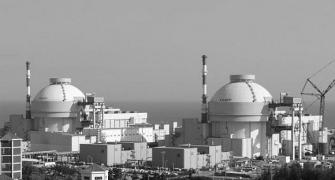 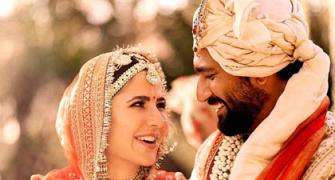 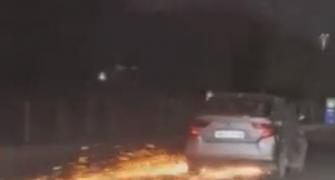 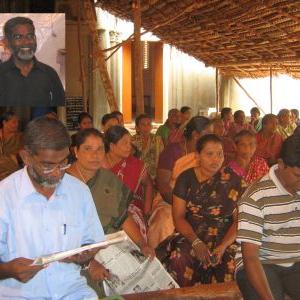