News
Business
Movies
Sports
Cricket
Get Ahead
Money Tips
Shopping
Sign in  |  Create a Rediffmail account
Rediff.com  » News » Khurshid and Mulayam will save each other: Kejriwal

Khurshid and Mulayam will save each other: Kejriwal

The Uttar Pradesh government conducted raids at his trust in 17 different places in the state on Monday, in a major setback for Union Law Minister Salman Khurshid. The raids are being conducted by the UP directorate of enforcement. Officials denied to comment on the investigation.

Meanwhile, Arvind Kejriwal alleged that there was a 'quid pro quo' between the Congress, which is supporting Salman Khurshid on his Non-Governmental Organisation controversy, and Samajwadi Party chief Mulayam Singh Yadav who is facing a disproportionate assets case in Supreme Court.

On Uttar Pradesh government's probe into the alleged irregularities of Dr Zakir Hussain Memorial Trust run by Khurshid and his wife Louise, Kejriwal said the minister and the father-son duo of Yadav and Akhilesh will bail out each other.

"There is enough evidence building up but the question is who will conduct an investigation. Akhilesh Yadav? A case of disproportionate assets is pending against his father Mulayam Singh in Supreme Court. Who will appoint the government lawyer against Mulayam? The law minister will do.

"Now Khurshid will save Mulayam Singh and Mulayam's son will save Khurshid," he said addressing IAC activists on the fourth day of their protest at Parliament Street demanding Khurshid's resignation.

Kejriwal presented a disabled person who alleged that he was not provided any help as claimed by the NGO. "Why is the Congress defending Khurshid's NGO? What is the relationship? Is it Khurshid's NGO or is it the Congress party's NGO? The party is definitely involved somewhere," he said.

Khurshid has denied the allegations of irregularities in his NGO. Levelling fresh charges against Khurshid, Kejriwal alleged that one Pankaj Kumar from Mainpuri whose name figures in the  list of beneficiaries did not get any help from the NGO.

"The document given to government says he has been provided with a hearing aid. But he has problems in his legs. He was not given any hearing aid," Kejriwal claimed in the presence of Kumar.

Kumar also said he had not received any hearing aid though he did not need it. "I have problems with my legs and not ears," he said.

Vivek Yadav, an activist from Mainpuri, claimed that they had searched for beneficiaries in the locality of Dewar block but they could not locate two names -- Santosh Kumari and   Sasi Mohan -- who were provided with wheel-chairs.

The name of another beneficiary Dayaram, who had an eye surgery and is not a physically challenged person, also figures in the list, he alleged.

The activist also claimed that he had spoken to one of the officers whose signature has been allegedly forged by the NGO and asked him to join his group.

"The officer now says he does not remember what exactly happened. This is UP politics. One by one all evidences are being erased. Give ten more days and there will be no proof.

The enquiry has already been done. Why we need one more enquiry?" Kejriwal said. 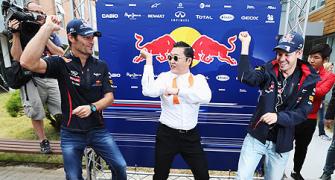 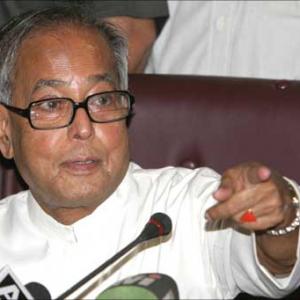