Stepping up the campaign for a new dam at Mullaperiyar, State Finance Minister and Kerala Congress (M) chief K M Mani is observing a day-long fast at Chappath in Mullaperiyar on Monday while his colleague and Water Resources Minister P J Joseph is fasting in New Delhi.

With the dam issue continuing to dominate the government and the entire political spectrum in the state, a cabinet meeting is scheduled here tonight to discuss the latest developments, including hardening of position by Tamil Nadu.

The storm over certain submissions made by Advocate General K P Dandapani in the high court, which allegedly contradicted the state's position in the dam issue, is also to be considered by the cabinet.

Opposition parties had stepped up the demand for Dandapani's removal after Tamil Nadu Chief Minister Jayalalithaa referred to his submissions to reinforce the state's case.

Jayalalithaa had on Sunday, in a second letter to Prime Minister Manmohan Singh in less than a fortnight, had sought CISF deployment at the dam site to avoid any "man-made catastrophic consequences" in view of violent activities reported at the dam area in Kerala's Idukki district.

She had also slammed "the orchestrated campaign of fear mongering carried on by Kerala government", alleging that it had led to a situation "wherein the very security and safety of the dam is being deliberately threatened.

The KPCC executive is also meeting here to discuss the issue and work out the way forward in the matter.

Speaking at the fast venue, 77-year-old Mani wanted Tamil Nadu to concede state's demand of lowering the dam's water level to 120 feet as an immediate measure and wanted the Centre to step in to resolve the issue.

His colleague Joseph also started a day's fast at Birla Mandir in New Delhi to mobilise support for the state cause.

The KPCC executive as well as the cabinet will be fine-tuning the government strategies at the all-party meeting called for Tuesday and the one-day assembly sitting on the dam issue on December 9.

The government is already facing the opposition wrath over the AG issue. Senior CPI-M leader Kodiyeri Balakrishnan on Monday demanded that AG be asked to appear before the assembly if he continued to be in that position when the House meets.

"We demand that AG be asked to appear before the House. It is a different matter if he is removed by the government before the House meets", Balakrishnan told media persons.

The Mullaperiyar dam dispute has escalated following Kerala's push for the construction of a new dam in place of the existing 116-year-old reservoir and Tamil Nadu's opposition to the proposal.

Joining AIADMK in seeking CISF deployment at the site, its arch rival, DMK had also flayed Kerala's attempts to "create fear and panic" in the minds of its people over the issue.

In a telegram to Justice A S Anand, chairman of the Supreme Court Empowered Committee on Mullaperiyar, DMK chief M Karunanidhi had demanded that the apex court's order of 2006, directing Kerala to increase water level from 136 ft to 142 ft "be implemented with immediate effect."

Tamil Nadu has been pressing for increasing the level to 142 feet from 136 feet while Kerala wants the reservoir to be decommissioned. It has sought lowering the water level to 120 feet as an immediate measure in the wake of recent developments. 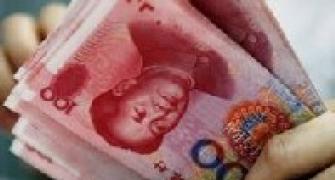 Centre will be blamed if Mullaperiyar dam COLLAPSES: Kerala