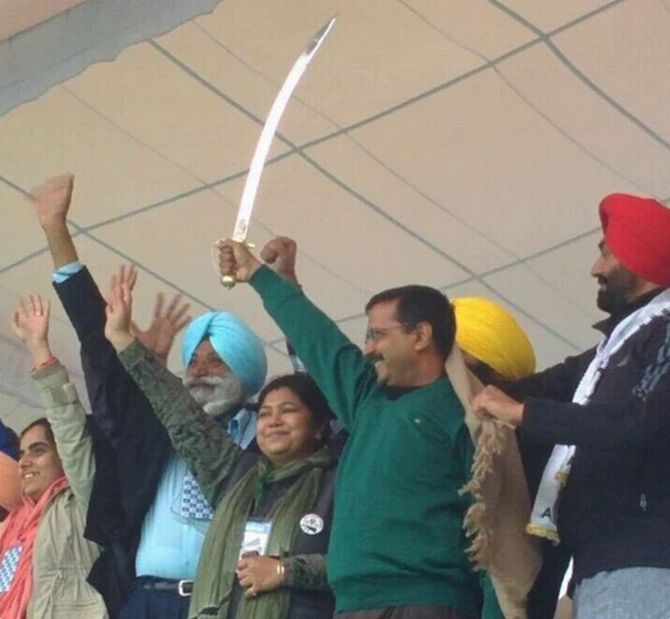 Giving a kickstart to the Aam Aadmi Party's campaign for 2017 Punjab polls, its convener Arvind Kejriwal on Thursday launched a scathing attack on both the Akalis and the Congress, accusing them of being hand in glove with each other, and asked people to vote for the AAP to end 'corruption, drug abuse, farmer suicides' and put the state back on the 'right track'.

Hitting out at the Badals, the ruling family of Punjab, the Delhi chief minister said that once his party comes to power, it will launch a commission of inquiry against the family to investigate their ‘misrule’ in last ten years and send them behind bars.

Addressing a rally at Maghi Mela in Muktsar district of the state, Kejriwal said if the AAP forms government in Punjab, it will probe the sacrilege incidents in the state and take action against police officers for opening fire at protesting Sikhs at Behbal Kalan in which two persons were killed.

"Both the Congress and the Shiromani Akali Dal are hand in glove with each other. They do not have anything to do with the problems of people of the state. They are just for power -- Amarinder (Singh) first, and then (Chief Minister Parkash Singh) Badal next... this goes on," Kejriwal said.

The AAP's national convener pointed out that though both the leaders lodged cases against each other when they were in power, it did not affect the two much.

"What happened to them? The cases are going on in courts," he said adding, there was a secret understanding between both parties not to allow anyone to rise against them.

"They do not care about people at all... You will have to decide which party you want in power. On one side is corruption while on the other side is truth. There is a drug trade on one side and on other side, you will find efforts to build new Punjab," he added.

Asserting that he was not scared of the Badals, Kejriwal said a commission would be set up to probe all the 'wrongdoings' of the Badal government during the last 10 years and that they will be sent behind bars for them. 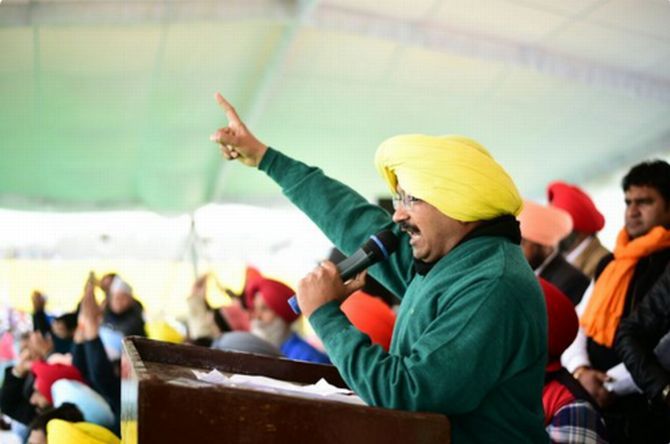 Taking a swipe at the Punjab chief minister, he said, "How can I be scared of Badal when I was not scared of Badal's 'taau' -- Prime Minister Narendra Modi, who sent the Central Bureau of Investigation to raid me? It is Mulayam, Mayawati or Badal who can be scared of the CBI. I am not."

He further lambasted Badal for 'saving' Punjab minister Bikram Singh Majithia whose name allegedly cropped up in a drug racket. "Had I been the CM of Punjab, I would have sent Majithia to jail at once," he said.

Kejriwal also took on Amarinder for not supporting a CBI probe the in the drug racket case. "Why Amarinder supported Majithia? What is the relation between Amarinder and Majithia?" he asked.

"Next year when the AAP forms government in Punjab, we will set up a commission to probe the drug racket and send Majithia to jail. Only the AAP can send Majithia jail, Amarinder cannot put him behind bars," he said. 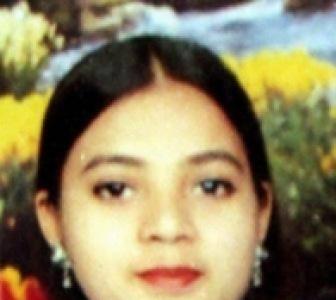 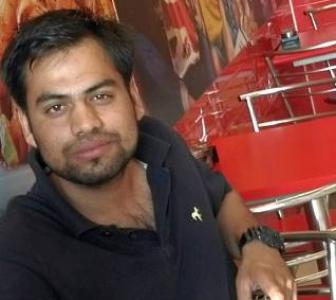 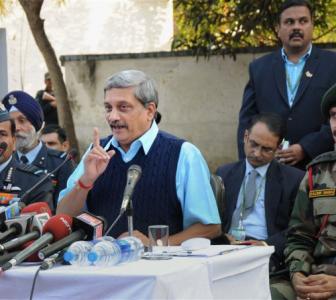 Parrikar admits to 'some gaps' in Pathankot op 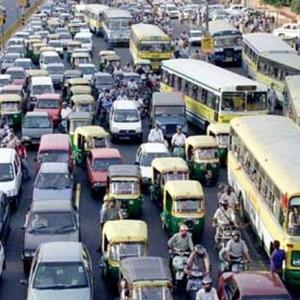