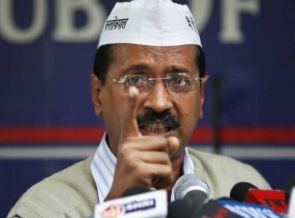 Mounting a fierce attack on Prime Minister Narendra Modi, Delhi Chief Minister Arvind Kejriwal on Tuesday demanded his resignation over what he termed was a ‘flop raid’ by the Central Bureau of Investigation at the Delhi Secretariat to 'protect' Union Finance Minister Arun Jaitley in the alleged scam in Delhi's cricket body.

Calling December 15, when the CBI conducted the raid at the office of his Principal Secretary Rajendra Kumar, a ‘black day’, Kejriwal tore into Modi and dared him to act against Madhya Pradesh Chief Minister Shivraj Singh Chouhan, his Rajasthan counterpart Vasundhara Raje and External Affairs Minister Sushma Swaraj.

Kejriwal also defended Rajendra Kumar against allegations of graft committed in his official capacity under the erstwhile Sheila Dikshit government.

"He's being mentally harassed. The CBI has got nothing against him in the last eight days. If I can remove my minister and babu for committing corruption, it is also my duty to protect honest officers," he said, participating in a discussion in the state assembly on the situation arising out of the raid at the Delhi Secretariat and alleged corruption in Delhi and District Cricket Association under Jaitley's watch.

Kumar was seated in the officers' gallery of the assembly during the proceedings.

"The prime minister should be ashamed of himself over the raids,” Kejriwal said and went on to take a series of jibes at Modi over 'Rs 10 lakh suit' and foreign trips.

"He is fulfilling his dreams now as earlier he did not get a visa. Delhi is all right whenever he is out of the city. Whenever he’s back everything goes haywire,” Kejriwal said, speaking during the one-day special session of the assembly which passed a resolution to constitute a commission of inquiry to probe alleged corruption in the DDCA.

"I seek the prime minister's resignation for conducting such a flop raid and for misusing the CBI. If he uses the CBI to get any file then the country will have no democracy left. Tomorrow, there can be raids on any chief minister. This is dangerous for the country’s federal structure,” Kejriwal said.

The chief minister, against whom Jaitley has filed both civil and criminal defamation suits, alleged further that the CBI was specifically looking for a file ‘containing a note’ with ‘incriminating’ details.

"A DDCA whistle blower used to meet me. That officer told me that there was a meeting of the DDCA officials, where Jaitley had told them no not worry about SFIO as he will get it compounded," Kejriwal said.

"He (Jaitley) said that he will ensure quashing of cases that come to Delhi police and, if the Aam Aadmi Party sets up a commission of inquiry, he will get it null and void through ‘our special man’, the lieutenant governor. It was written in that file," he claimed. 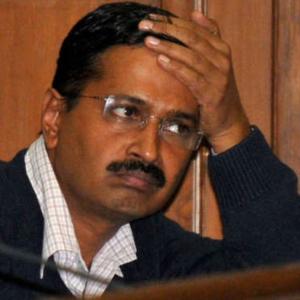 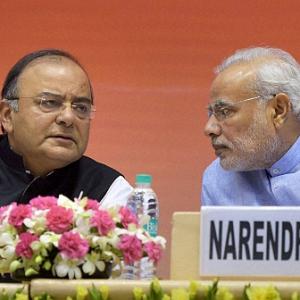 PM backs Jaitley, says he will come through with flying colours