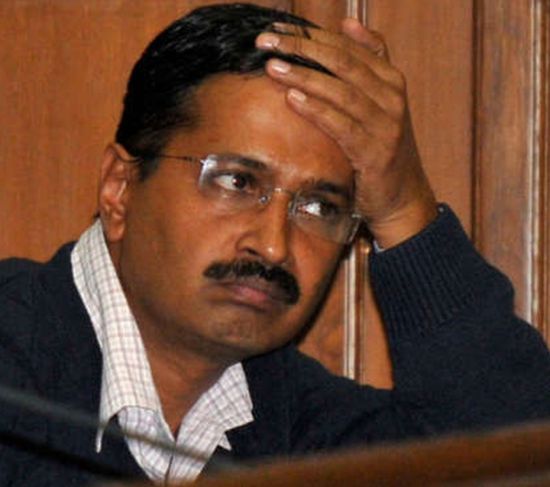 He also alleged that Kejriwal had set up a ‘secret unit’ like a ‘counter IB (Intelligence Bureau)’ for suspected spying.

Jung told India Today TV that the appointment of Nikunj Aggarwal, a relative of Kejriwal’s wife, as Officer on Special Duty to Health Minister Satyendar Jain smacks of ‘nepotism and gross favouritism’.

The AAP government had also appointed Jain’s daughter Saumya Jain as an ‘advisor’ to its mohalla clinics project.

On both these issues and appointments made by DCW Chairperson Swati Maliwal, Jung said that it amounted to ‘cheating, nepotism and favouritism’ and that first information reports have been registered in these cases.

“Jain made an incorrect statement that she (Saumya) was not paid. Fact is she was paid but it was returned. FIR has also been registered in the case of Waqf board,” he said.

He also claimed that the Central Bureau of Investigation has filed an FIR on the setting up of the ‘secret unit’.

“No state government can set up a counter IB like this,” he said.

When asked whether Kejriwal could face criminal charges, Jung said, “That is possible. There are cases that are being investigated and should the cases come to fruition and should the court find substance in the charge sheets then there is problem.”

Jung, who had a constant battle over powers of a Lt Governor vis a vis an elected government, said Kejriwal’s exuberance, inexperience and the fact that he had a brute majority perhaps contributed to his confronting attitude.

He said as LG he acted against Kejriwal’s ‘tendencies’ to play with the constitution and interpret it in a manner which Kejriwal thought was correct but he deemed as wrong.

However, he maintained that their personal relations were extremely cordial.

Jung said the Shunglu report deals with decisions taken by Kejriwal and the AAP Cabinet where it had no authority do so and without his concurrence.

He said the fact that the secretaries and the ministers of the government sent around 464 files to him to be examined was itself an admission of guilt of irregularities. The report, yet to be made public, can be accessed through Right to Information, he said.

“I have given post-facto approval to around 180 files with the remark that this is not how a democratic system works and declined about 80 and processed another 100 before demitting office.

“The CBI is looking at seven to eight cases. Two or three more must be in the pipeline. (New LG) Anil Baijal would have a look at them. Another 10-12 is with the vigilance department. The CBI has registered FIR in two to three cases and Preliminary Enquiry in another three or four,” he said.