Delhi Chief Minister Arvind Kejriwal on Monday created ripples by alleging that there is a "widespread" fear that the phones of judges are being tapped and said if it is true, then it is the biggest assault on the independence of the judiciary. 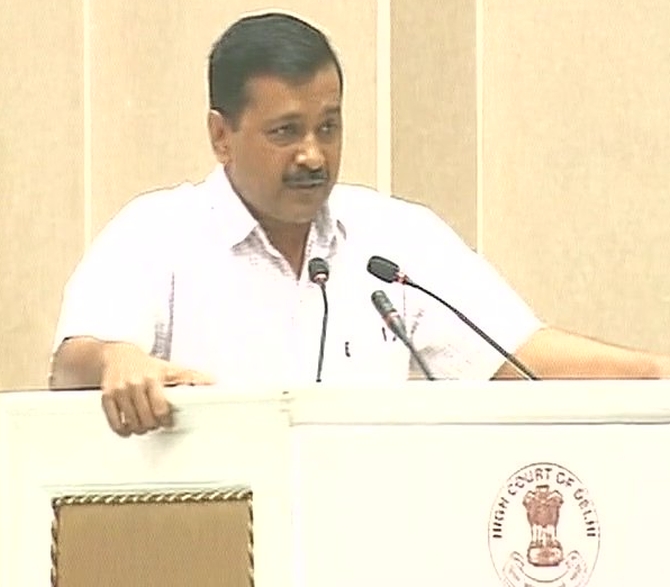 Kejriwal claimed that during his meetings with judges he has "overheard them telling each other that they should not talk on phones because they could be tapped". The Chief Minister said when he told them the phones of judges cannot be tapped, "they retorted by saying that all phones could be tapped".

"I don't know whether it is true or not but there is a widespread fear. If it is true that phones are tapped then judges can be influenced...," he said.

Addressing the golden jubilee celebrations of Delhi High Court in which Prime Minister Narendra Modi and Chief Justice of India T S Thakur also participated, he said even if there has been a wrong-doing by a judge then phone tapping should not be allowed.

"There are many other ways to gather evidence for wrongdoing, otherwise it will be the biggest assault on the independence of the judiciary," he said. 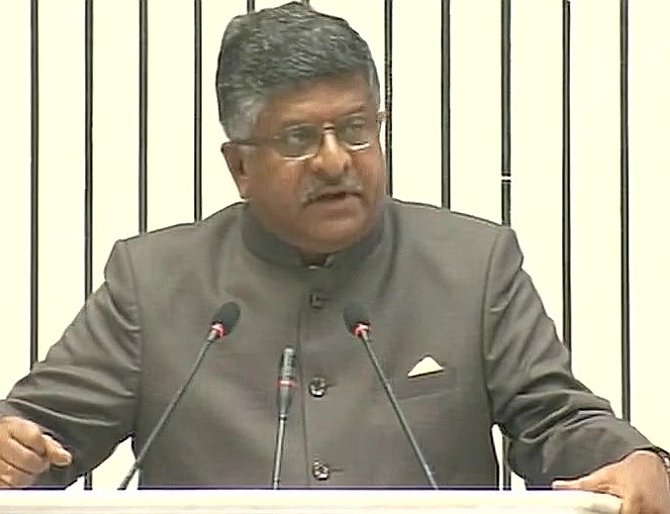 Prasad, who spoke after Kejriwal, said, "I deny with all authority at command the allegations that phones of judges have been tapped."

He said right from the prime minister to other ministers and the government, all have fought for the independence of judiciary and individual liberty and freedom of media during emergency.

"Independence of judiciary is fundamental, impeachable and uncompromising for the government," he said.

Kejriwal also referred to the actions of judiciary as well as the executives which may take away the rights of the people.

In his address, Prime Minister Narendra Modi did not refer to Kejriwal's remarks but asked those present to smile a bit else it could lead to a "wrong perception".

"I never had the privilege to be in a court but I'm told the atmosphere there is serious. Its influence is seen here too. It's the golden jubilee, smile a bit or it would lead to a wrong perception," he said in a lighter vein, leading the audience to burst in peals of laughter.

Kejriwal attacked the Modi government on the issue of independence of institutions with regard to appointment of Supreme Court and High Court judges.

He said the Constitution states that while all institutions are independent of each other, they are inter-dependent on each other too.

Referring to news reports regarding the proceedings in the Supreme Court on Friday over the delay in appointments of judges in high courts, he said many of the recommendations made by the apex court collegium have been pending with the government for the past several months.

"In a democracy, public opinion is most important. Such things give rise to rumours. It is not a good thing to have rumours in public," he said.

The chief minister said the delay gave rise to rumours that collegium recommendations were pending because names suggested by a particular minister for appointment as judges were not considered by the judiciary.

"Also, (that) the government is against appointing a particular person as a judge, therefore, there is a delay in clearing the (collegium) recommendations," he said.

Kejriwal suggested a rule whereby recommendations of the collegium should be implemented within 48 hours.

Responding to the issue of vacancies, the Law Minister said the Supreme Court and the government are working together to make the collegium system more transparent.

"We are working together to find an amicable solution," Prasad said in an apparent reference to the memorandum of procedure -- a document to guide appointment of members to the higher judiciary.