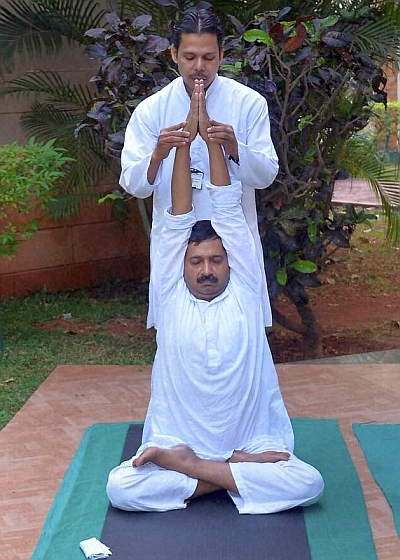 Delhi Chief Minister Arvind Kejriwal's ailments are a "classic case" of faulty and stressful lifestyle but he has been "detoxified" to a large extent now, a senior doctor has said.

"On first day of his medical check-up we observed that this time along with his uncontrolled sugar, he has brought a nagging chronic cough too, which was rather alarming," said Babina Nandakumar, Chief Medical Officer at Jindal Nature Cure Institute on city outskirts, where Kejriwal is admitted.

She said while traditional naturopathic treatments comprising hydrotherapy, massages, packs and mud therapy have been initiated with great effect in combination with yoga and diet therapy, "We had to address his chronic cough rather differently."

"Our observation has found it to be a classic case of faulty and stressful lifestyle that included high consumption of aerated drinks, irregular eating habits, high level of pollution leading to the accumulation of toxins in his body, which required immediate attention, by a competent naturopathy regimen," she said in a statement.

Giving the details of treatment, Nandakumar said "a whole lot of detoxifying treatments were introduced from naturopathy, yoga therapy, diet and their immediate effects were clearly evident."

She said "He is to a large extent detoxified now and his entire system is rejuvenated. His current sugar level is, fasting at 90mg/dI and post prandial at 130mg/dI and his medication has been reduced to only 30 per cent from his medication level at the time of his admission."

The 46-year-old Aam Aadmi Party leader was admitted to the institute, along with his parents, for a 10-day nature cure treatment on March 5. He will be discharged on March 16. Kejriwal's father suffered from constipation and his mother
from diabetes and arthritis.

The AAP leader is here, as he battles an internal turmoil in his party that has taken an ugly turn after its founders Prashant Bhushan and Yogendra Yadav were ousted from the Political Affairs Committee, with sting operations adding dramatic elements to the tale.

Nandakumar said he has been advised a strong follow up for his lifestyle modification, dietary changes and daily practice of prescribed yogasana, pranayama and Kriya. He has also been advised that lifestyle change is the key to natural health, and he shall live a normal healthy life following the Naturopathic way of life.

This was second admission for Kejriwal at the naturopathy institute, the first one being in February 2012, along with his then mentor Anna Hazare.

It appears that during the past two years Kejriwal could not follow the lifestyle changes that he had learnt here, may be due to his busy schedule, Nandakumar said. "This deviation from natural lifestyle has had its toll and his blood sugar level has shot up to the level of 300mg/dI plus."

"We are given to understand that insulin and oral diabetic medications could not stabilise his blood sugar levels at all," she added. 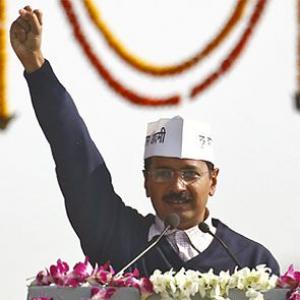 If Delhi changes I believe the whole country will change: Kejriwal 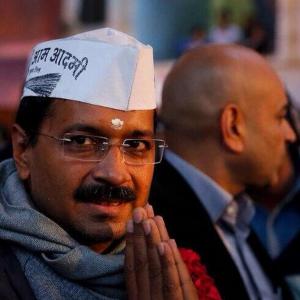