Amid the ongoing protest against the new farm laws, Bharatiya Kisan Union (BKU) leader Rakesh Tikait on Sunday asked the farmers to keep their tractors ready stating that they may have to reach the national capital anytime. 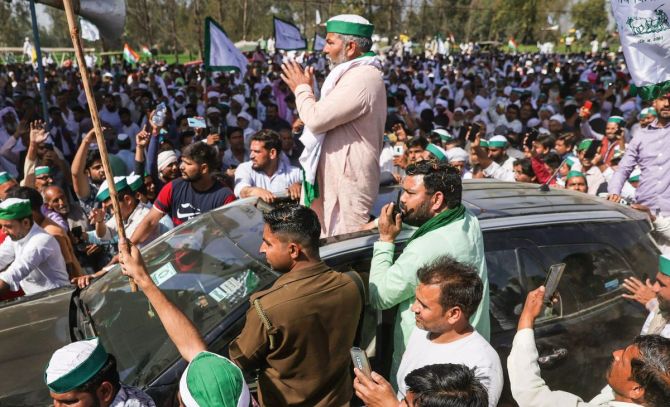 "This is my appeal to farmers that they should continue to work in their fields and also keep their tractors ready with their tanks full of oil as they may have to come to Delhi anytime," he told reporters in Shamli.

He alleged that the Centre formulated the new farm laws without the consent of the farmers and demanded the government to take back the laws.

"You formulate laws without asking us, and then ask us to point out the shortcomings. When the entire laws are black then they should be taken back.

"They (Centre) want to lock grains inside a locker, want to do business on hunger in the country, then that will not happen," the farmer leader said.

"It is necessary to hold mahapanchayats across the country because this is the problem of the entire nation. Dharna will also continue alongside these panchayats.

"As of now, we have planned programs till March 24. We will travel across the country," Tikait said.

He also asserted that the 'dharna' will continue as the government has not agreed with the farmers' demands.

On February 24, addressing a Kisan mahapanchayat in Rajasthan's Sikar, Tikait had threatened the central government and said that if the three laws are not repealed, the farmers will 'gherao' the Parliament on 40 lakh tractors. 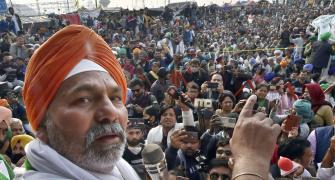 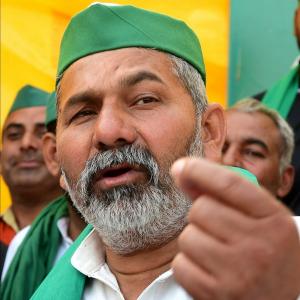 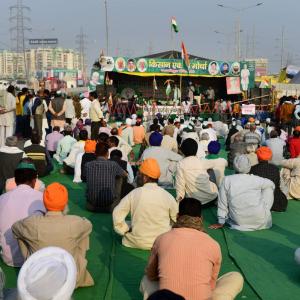