Kayani has learned the lesson from Musharraf: Wikileaks

Pakistan Army chief General Ashfaq Parvez Kayani has "learned the lesson" of his predecessor General Pervez Musharraf and prefers staying behind the scene while manipulating the government's decision-making on key issues, according to secret American documents released by WikiLeaks.

Jasmine Zerinini, head of the French government's interagency Afghanistan-Pakistan cell, told Richard Kessler, staff director of the US House Committee on Foreign Affairs, in January that Kayani was playing a behind the scenes role in issues like the war against terrorism and stirring up a controversy over linking civilian control of the military to increased American aid.

"On the role of the Pakistani military, Zerinini said General Kayani has 'learned the lesson of Musharraf' and was staying behind the scenes. However, he is manipulating the government and parliament, including to prevent change on Pakistan's policy towards Federally Administered Tribal Areas along the Afghan border, and also to stir up controversy regarding the Kerry-Lugar bill that ties continued US aid to increased civilian control of the military," said one of the thousands of secret cables released by WikiLeaks.

Kayani was appointed army chief by Musharraf, who was forced to resign in August 2008 to avoid being impeached by the civilian government led by the Pakistan People's Party. Reports have suggested that Kayani plays a key role in shaping Pakistan's foreign policy, especially relationswith the US and India.

Zerinini argued that the West had "missed its opportunity to push the Pakistani military to crush the Afghan Taliban taking refuge in Pakistan." Citing Afghan warlord Jalaladin Haqqani as an example, Zerinini said that 'in 2004 he had standing as a leader in the jihadi community, but did not have the organisation to represent a significant military threat."

"However, since then, large amounts of funding, predominately from Gulf donors, have allowed Haqqani to create a network that would be difficult for the Pakistani military to defeat, even if it had the will to do so," the cable quoted Zernini as saying. Zerinini said France was working to "reinforce its political relations with Pakistan" as it did not "want to return to a relationship based on military equipment sales, as in the 1980s, and is instead focusing on counter-terrorism in addition to economic and trade links."

However, the French official acknowledged that the Pakistan government "does not want any political dialogue unless it is focused on Kashmir." While France was trying to support an EU-Pakistan dialogue, "Pakistan makes it difficult by rejecting conditionality and attempting to focus exclusively on economic issues," she said. Zerinini was further quoted in the cable as saying that "bilateral measures alone to strengthen (Pakistan's) civilian government were unlikely to be effective, and that more coordination was needed among donors, especially the US." She said the Friends of Democratic Pakistan, "while imperfect, was designed to transform Pakistan's political elite and give them more leverage over the military" but the forum was not being utilized. 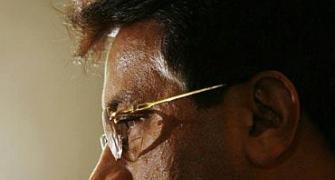 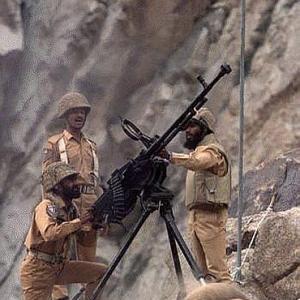