American-born terrorist David Headley's return after the Mumbai terror strikes of 2008 was to give final touches to synchronised terror strikes on Jewish houses located in five cities, including the national capital on instructions of Al Qaeda operative Illyas Kashmiri.

Piecing together the 293-day trail of Headley, the National Investigation Agency, which submitted its 60-page charge sheet before a special court on Saturday, said that during his visit to India in March 2009, he was scouting only the Jewish targets, including the El Al airlines office in Mumbai on instructions from Kashmiri, who merged his 313 Brigade of Harkat-ul-Jehad Islamia with Al Qaeda.

Ahead of his arrival in India in March 2009, Headley had met Illyas Kashmiri in Miransa area in North Waziristan, Pakistan in February where he was instructed to conduct final recce of Chabad houses for an attack, the charge sheet said.

The NIA charge sheet which is supported by voluminous documents also talks about the fears of Headley to return to India after the 26/11 attacks and said that the American terrorist had met his accomplice Tahawwur Rana and talked about his fear of being apprehended.

The two opened an email account movie.money@yahoo.com and in which Headley exchanged his property details and debts.

Headley, born to a Pakistani father and whose earlier name was Daood Gilani, has been charged by the NIA with conspiring to wage war against India along with eight others which include two serving Pakistani Army personnel, founder of Lashker Hafiz Saeed, mastermind of 26/11 attack Zaki-ur-Rehman Lakhvi and Pakistani-Canadian Tahawwur Rana.

The charge sheet, which gives graphic details about his role in the 26/11 Mumbai terror strikes which left 166 dead including six foreigners, also gives out his activities of March visit of 2009 when he had carried out reconnaissance of Israeli airlines -- El AI-- office located at Cuffe Parade before moving to the national capital where he chose to stay in a small hotel at Pahargunj area.

His stay at hotel -- De Holiday Inn -- has also been named in the charge sheet and the place is located barely 300 metres from Chabad House in the area. The statement of local Rabbi was also recorded and e-mails exchanged by Headley were also kept as evidence.

The Chabad House in Pahargunj, Delhi is located in narrow lanes and is frequented generally by backpackers from Israel while either going to Dharamshala in Himachal Pradesh or to western parts of the country.

From Delhi, Headley travelled to Pushkar in the outskirts of Ajmer in Rajasthan where he insisted on a room opposite a Jewish prayer centre claiming he was a Jew and wanted "holy sight".

The hotel staff, in their statements to the NIA, said 50-year-old Headley had insisted on the room view which was right opposite to the prayer hall of the Jew centre in Pushkar.

There he met a Jewish couple and Headley expressed his desire to know more about Jews. The couple gave him the address of Chhabad house in Goa to him.

After staying there for three days, Headley moved to Goa where he stayed at a guest house located in Anjuna village along the coast of Arabian sea before proceeding towards Pune where he recce the area around Koregaon Park.

Though initially it was believed that he wanted to target the foreigners coming to the Osho Ashram, it was found later that he had scouted the area for targeting the Jewish prayer centre in the area.

Headley later left for Mumbai where he again went to the Cuffe Prade area and apparently firmed up some loose ends in targeting the Israel Airways office before flying to Pakistan from the Chatrapati Shivaji airport.

Upon reaching Pakistan, he went to Miransa again and handed over details of his recce activities of Jewish houses to Illyas Kashmiri.

The story of Headley came to an end when he was arrested by the FBI in October 2009 when he was boarding a flight to Denmark. 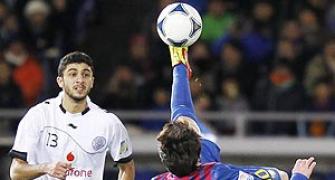 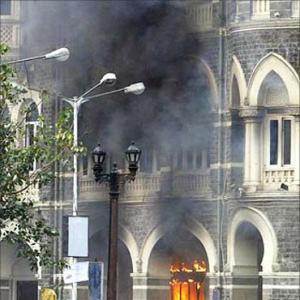 26/11: What NIA chargeetsheet on Headley, 8 others reveals