Kashmir solution only through dialogue with India: Qureshi

Briefing the National Assembly or lower house of parliament, Qureshi said, "We are trying to find a durable resolution of issues as well as cover the damage done to foreign policy during the previous regime.

"The prime ministers of Pakistan and India had agreed during their meeting at Sharm el-Sheikh in Egypt last year that dialogue is the only way forward," he said.

Referring to Pakistan's policy on Kashmir, he said, "We want a just and peaceful resolution of the Kashmir issue in light of the United Nation's resolutions and according to the aspirations of the Kashmiri people.

"We are firm in our stance and shall continue extending moral, diplomatic and political support to the Kashmiri people for their right to self- determination. It is our principled stand on Kashmir and we shall continue our efforts for a durable and peaceful resolution of this issue," Qureshi added.

He made it clear that no solution to the Kashmir issue will be durable if the Kashmiris are not made part of it.

"Any dialogue between India and Pakistan shall be incomplete without the participation of the Kashmiri people," he said.

"The Kashmir issue is the cornerstone of Pakistan's foreign policy. We cannot be oblivious to it. But we desire a peaceful resolution through dialogue. That is the only way forward," he said.

After the Mumbai attacks in November 2008, the composite dialogue process was suspended.

The fifth round of the composite dialogue was initiated before the Mumbai terror attacks and President Asif Ali Zardari and Prime Minister Manmohan Singh had agreed on the continuation and deepening of peaceful dialogue for the resolution of the Kashmir issue, Qureshi said.

Later, Pakistan presented the Kashmir issue 'successfully' during a meeting between the prime ministers of the two countries and Dr Singh had to face severe criticism in his own country after agreeing to discuss all issues, he contended.

Referring to a meeting with his Indian counterpart, Qureshi said, "I gave a road-map for engagements during the time when the dialogue was suspended."

"Both India and Pakistan had acted maturely and did not stop confidence-building measures, including the ceasefire along the Line of Control, uninterrupted cross-border bus services and cross-LoC trade," he said.

Qureshi asked members of the National Assembly, including opposition lawmakers, to come up with suggestions to resolve the contentious issues of Kashmir and water dispute. 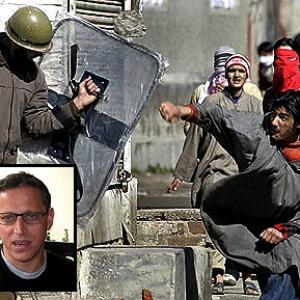 'Everyone is afraid of discussing Kashmir publicly'

We don't want to be lectured by India: Pak FS