In Karunanidhi’s passing the real loser is Tamil Nadu and Tamil language. So far there is no one on the horizon to fill the vacuum left behind by him, says R Rajagopalan. 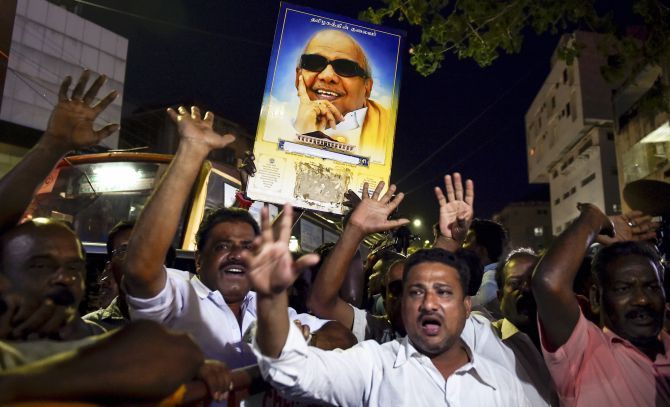 Muthuvel Karunanidhi is no more, a legend has come to an end. But merely paying rich tributes to him is not enough. While the translation of Karunanidhi’s ideals, his social engineering, his time-tested Dravida ideology are essential, it will be difficult to shape them for the future generations.

The immediate political question that arises from Karunanidhi’s demise is, how will the Dravida Munnetra Kazhagam absorb this shock? For there are many strands at play here, like the party’s internal dynamics, and the generation gap between the succeeding leadership and the present one, much like what is currently going on in its ally, the Congress party.

While the immediate bearing of Karunanidhi’s passing will be felt on Tamil Nadu, it is also bound to have strong a ripple effect on national politics.

For the DMK, the testing ground for what happens next will be the 2019 Lok Sabha elections, and if M K Stalin leads it to success.

Tributes to Karunanidhi in any format, in poem, script or portrait, will all fall short, given his gigantic contribution to the development of Tamil language and culture. Karunanidhi’s base is Dravida politics which he imbibed as a student of E V Ramaswamy Naicker and C N Annadurai whose ideals he articulated to great effect, carrying them to villages and towns of Tamil Nadu.

But all said and done there will always be a shift from the past with the takeover of a new leadership, and the same will happen with the DMK under Stalin as well.

Given that the party is deeply tied to the Karunanidhi family, it will be interesting to watch how the new leader will get along with the elders in the party. Or with M K Azhagiri and Kanimozhi.

Could the DMK, under the strains of these pulls and pressures, split, much like its rival All India Anna DMK did after the demise of Jayalalithaa?

More interesting will be how these internal squabbles in the DMK affect its fortunes in the 2019 Lok Sabha polls which, in Tamil Nadu, will many firsts.

It will be the first election that won’t see arch-rivals M Karunanidhi and Jayalalitha on the campaign trail.

It will be the first time that Tamil superstars Rajinikanth and Kamal Hassan will be testing the political waters.

It will be the first time that three factions of the AIADMK will go to the polls, each claiming to be the true inheritors of Amma’s legacy.

It will also be the first time that Tamil Nadu will see a five-cornered contest, among the DMK and AIADMK fronts, TTV Dhinakaran and Rajini and Kamal. Which way will the sagacious voter go, is a tantalising question.

But yes, Karunanidhi’s passing, as indeed Jaya’s, will lead to sympathy votes for both the rivals.

But unlike with the AIADMK, in Karunanidhi’s passing the real loser is Tamil Nadu and Tamil language. So far there is no one on the horizon to fill the vacuum left behind by him.

R Rajagopalan is a senior journalist and a keen observer of Tamil Nadu politics for over 40 years. 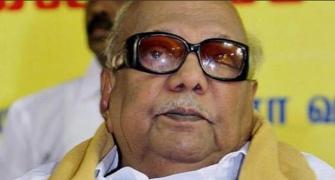 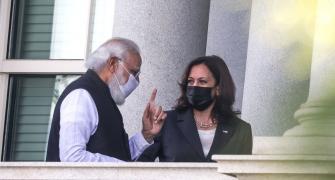 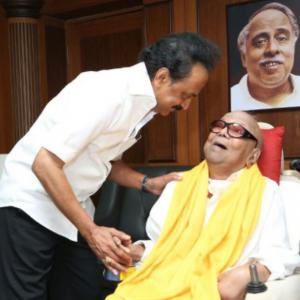 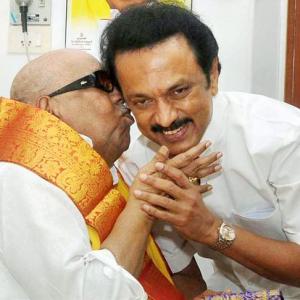 'Can I call you Appa one last time'