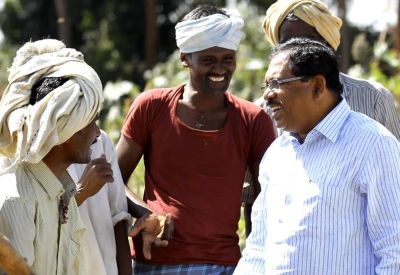 Karnataka Congress president and chief ministerial aspirant Dr G Parameshwara feels confident about winning from Koratagere despite the high-profile candidate not spending much time in his constituency. Vicky Nanjappa reports.

There are many constituencies in poll-bound Karnataka which have been termed as the constituency of a chief minister, like Jagadish Shettar’s Hubli-Dharwad, H D Kumaraswamy’s Ramanagar and Siddharamaiah’s Varuna. Adding to this list is the Koratagere constituency from where Dr G Parameshwara, the state Congress chief, will contest the elections.

There is a great deal of enthusiasm among the people of this constituency in Tumkur district. It is a backward constituency and relatively a new one too. It was made a reserved constituency recently after which Parameshwara shifted base from Madhugiri, where he had won thrice.

Parameshwara has been pitched as a CM candidate of the Congress and this probably will turn out to be his biggest advantage. Apart from this he is also banking on his Toyota Qualis which he considers to be his lucky mascot. He has used the car in three campaigns and has always won. Even today he is seen in the same vehicle while campaigning in his constituency.

Winning here is not enough for Parameshwara. He needs to win big just as would be the case of his competitor Siddaramaiah. Parameshwara is, however, confident and feels that the people will give him a massive mandate.

He will be up against Chandraiah of the Karnataka Janata Paksha against whom he had won by a margin of 11,557 votes in 2008 when the latter was with the Janata Dal-Secular.

Also in the race is Sudhakar Lal of the JD-S who has been a very strong local leader.

While Parameshwara may make it in this constituency on the ground that he could be a chief minister, there are various other issues that also bother the people of this constituency. It is a drought-affected area and the people get proper drinking water only once in three days.

Parameshwara has plenty to do over here. He may be bringing in the crowds, but he will also need to cater to the demands of the people who have often said that he is never available in his constituency.

This is true to a large extent since a bulk of his campaign is being handled by his brother and wife. He can barely make time to visit his constituency since the state party chief has several engagements.

However, the people are not impressed with these reasons and say that they would love to vote for him, but he has to do much more.

“If he becomes a chief minister, then we have a ray of hope”, a voter says.

Apart from his own constituency, Paramewhara has bigger worries. Firstly he nurtures an ambition of becoming CM,. and secondly he has a huge task ahead of him to quell an ongoing rebellion in the Congress.

“Everything will be alright and the rebellion had taken place due to the ticket distribution. There are bound to be disgruntled elements, but the house will be in order”, Parameshwara tells Rediff.com.

“I have a lot of work to do in my constituency. I have got Rs 260 crore sanctioned for the people of my constituency for various schemes, but the BJP government failed to implement the same. I do agree that I have not spent much time here since I assumed the post of party president. However, the people will have nothing to complain in future,” he says.

The Congress chief would like to win big and the final tally would be known on May 8. However, here is an interesting fact -- Parameshwara himself cannot vote in Korategere since he is enrolled at Gollahalli in Tumkur taluk. 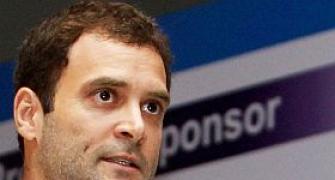 'BJP will lose in Karnataka. We can hear it in Delhi' 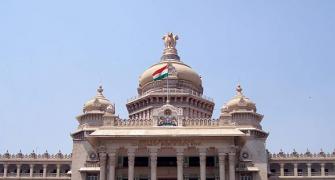 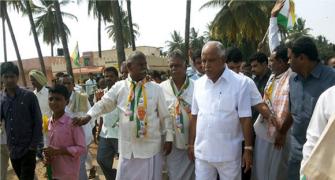 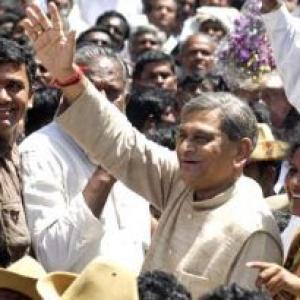 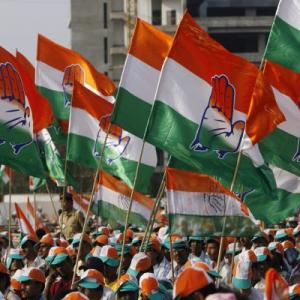