Amnesty International India has never involved itself in any kind of anti-national activities, Karnataka Home Minister G Parameshwara said on Saturday, even as it faced sedition charges over an event held by it in Bengaluru in which anti-India and anti-Army slogans were allegedly raised. 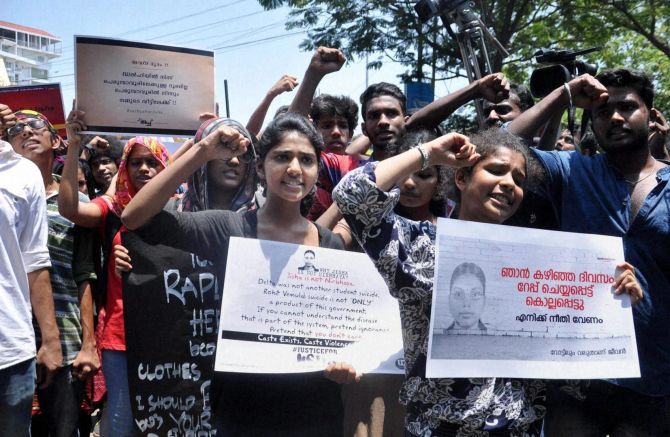 "Amnesty International is not new to Bengaluru; this organisation has been functioning here for a long time. I don't know nor I have heard in the past about it (Amnesty) or anyone from it involving in any anti-national activities," he said.

"They (Amnesty) had organised a programme about Army's excesses in Kashmir. They had called a few families (from Kashmir) to console them and give them some sort of mental support, in which certain incidents took place about which an FIR has been registered," he said.

Amnesty International had on Saturday last organised the event as part of a campaign to seek justice for "victims of human rights violations" in Jammu and Kashmir, which took an ugly turn with heated exchanges and alleged raising of pro-Kashmir 'Independence' and anti-Army slogans.

The Akhil Bharatiya Vidyarthi Parishad activists had submitted a CD containing video recording of the event after filing a complaint with police, who have registered an FIR against Amnesty International, including on sedition charge.

"They (protesters) are students, they are not aware of anything, those who had gone for classes are being brought forcefully (to protest), this is BJP's culture," he added.

ABVP activists have been staging protests, demanding the arrest of those who allegedly raised anti-India and anti-Army slogans at the event organised by Amnesty International India.

During one such protest in front of Amnesty International India office on Friday, police resorted to a mild lathi charge during which a few students were injured.

The ABVP on Saturday intensified its agitation by launching a day-night protest in Bengaluru.