It was the end of the road for Karnataka Chief Minister Sadananda Gowda, who tendered his resignation to Bharatiya Janata Party president Nitin Gadkari in New Delhi. He will be replaced by Jagadish Shettar. Gowda is expected to return to Bangalore and hand over his resignation to the Governor.

The final decision to appoint Shettar as the chief minister was taken after the core committee meeting at New Delhi which was held on Saturday. Gadkari made the formal announcement in New Delhi on Sunday.

With the appointment of Shettar, the week-long drama in the troubled Karnataka BJP finally came to an end. Shettar is likely to be sworn in as chief minister on either Monday or Tuesday.

This is the third BJP chief minister in four years. B S Yeddyurappa who led the party to victory was the first chief minister but had to step down after corruption charges. He was succeeded by his candidate Gowda but replaced with Shettar after the two fell out. 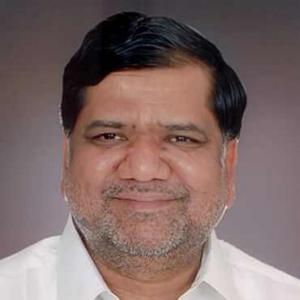 Yeddy gets his way, Jagdish Shettar to be new K'taka CM