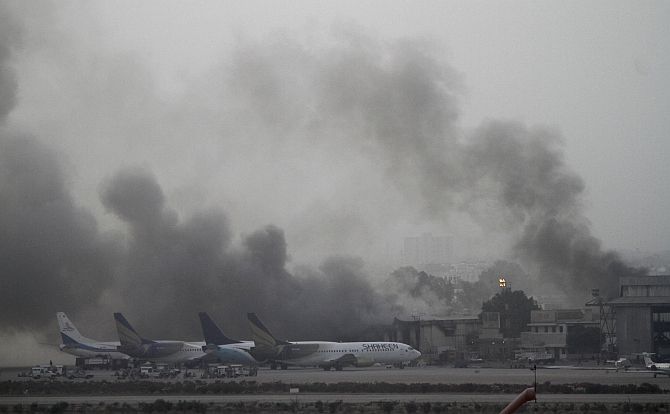 The attacks on Karachi airport and the Airport Security Force camp are growing signs how Pakistan’s home-made monster, the Tehreek-e-Taliban Pakistan, is growing stronger and is no longer under the tight grip of the Inter-Services-Intelligence, its godfather. Vicky Nanjappa reports how these attacks are just the beginning and there are many more to come.

While Pakistan reels from the second attack by the Tehreek-e-Taliban, 48 hours after they claimed responsibility for the attack at the Jinnah International Airport in Karachi, the brazen strikes force one to question whether the Inter-Services-Intelligence, which at one point controlled these terrorist outfits, has lost all grip on them.

After the attacks, a member of the TTP is believed to have said that the attacks were revenge against the ISI for trying to weaken their outfit and disband them. They also wanted to seek revenge for the killing of Hakimullah Mehsud, their leader who was killed in a US drone strike. “We attacked the airport to avenge the death of Mehsud, our late leader. There are many more to come as it is just the beginning,” said a representative of the TTP.

The attacks and the statements clearly show that the TTP is no longer in a conciliatory mood with the ISI. C D Sahay, former head of India’s Research and Analysis Wing, says that over a period of time, groups such as the TTP have become extremely powerful and have sustainable resources in terms of money and arms. More importantly, they are highly indoctrinated in terms of religious beliefs which is the most significant reason as to why they would even go against their creators -- the ISI.

Michael Kugelman, an expert on issues relating to South Asia, South East Asia, particularly India, Pakistan and Afghanistan and the senior programme associate at the Woodrow Wilson Centre, WashingtonDC, says the attack in Karachi is just a reminder of how Pakistan is still in the tight grip of well-armed, determined militants who operate with sheer impunity.

He adds that the airport attack is just a prologue and Pakistan can expect a new wave of attacks, after the government decided to no longer pursue peace talks with the Taliban.

And with thousands of Taliban fighters in Karachi alone, it appears inevitable that other Pakistan cities, too, are about to experience violence, Kugelman points out.

Sahay adds that the TTP’s main intent today is to keep the Nawaz Sharif government on edge. “Today, the TTP is capable of acting on its own and I don’t agree that for an attack like the one at Karachi a mole in the government was required. It was a suicide attack and when they come on such a mission, they don’t need anyone.”

And it is not just the TTP that the ISI is losing control over. According to sources, the home-grown Indian Mujahideen outfit is also trying to break away from the ISI, ever since it felt that Pakistan was cosying up to the United States.

There are murmurs that sensing the pullout, the ISI themselves handed over Yasin Bhatkal so that he could be apprehended by the Indians, which would lead to a leadership vacuum within the IM and allow the ISI to appoint a person of its choice to head the terror outfit.

And at a time when it seems that the ISI is losing control, Pakistan may have to look to Hamid Gul, former chief of the ISI, to help put things back in order. After all, Gul is the person responsible for keeping all the terror outfits under the rule of the ISI and also allegedly responsible for tipping off slain Al Qaeda leader Osama bin Laden of an impending US missile strike.

Image: Smoke billows from the Jinnah International Airport in Karachi after members of the Tehreek-e-Taliban Pakistan attacked it on Sunday. 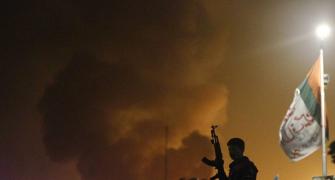 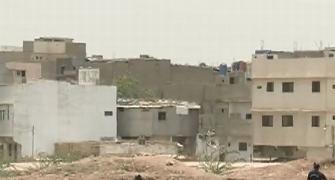 Karachi attackers armed with devices that stop bleeding in 20 secs 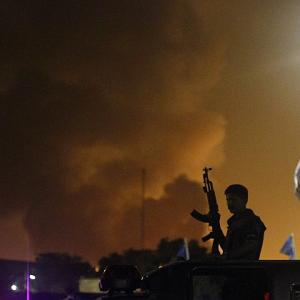 Karachi airport attack: What makes the Taliban so deadly