The judgement penned by Justice Ramana in the Anuradha Bhasin case related to internet ban in Jammu and Kashmir following the abrogation of Article 370 provisions has been hailed by many as one of the progressive verdicts. 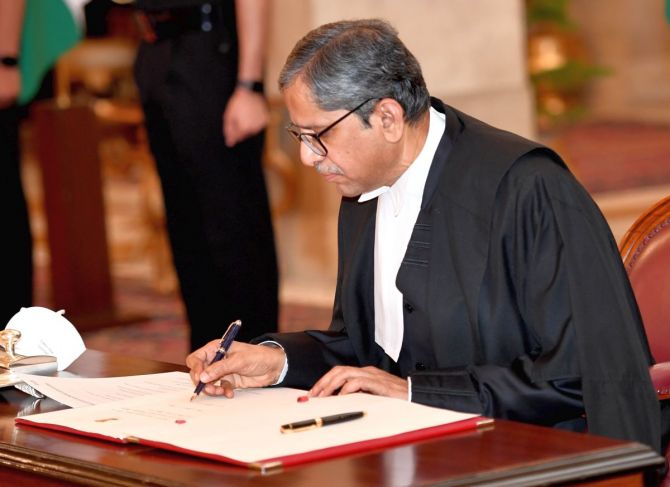 Justice N V Ramana, the new chief justice of India, has authored path-breaking verdicts as a Supreme Court judge and one of them led to the end of internet ban in Jammu and Kashmir, and another brought the apex court under the ambit of transparency law.

Hailing from an agriculturist family of Ponnavaram village of Andhra Pradesh's Krishna district, a soft-spoken Justice Ramana, sworn in as the 48th CJI by President Ram Nath Kovind on Saturday, will have a tenure of over 16 months.

He will demit office on August 26 next year and have to deal with key task of ensuring smooth functioning of apex court amid resurgence of the coronavirus pandemic.

The judgement penned by Justice Ramana in the Anuradha Bhasin case related to internet ban in Jammu and Kashmir following the abrogation of Article 370 provisions has been hailed by many as one of the progressive verdicts.

It held that freedom of speech and conducting business on the internet are protected under the Constitution and had directed the Jammu and Kashmir administration to immediately review curb orders.

The bench had directed the authorities in the Union territory to immediately review all orders suspending internet services and said orders not in accordance with the law must be revoked.

A five-judge constitution bench headed by Justice Ramana had in March last year declined to refer to a larger seven-judge bench a batch of pleas challenging the constitutional validity of the Centre's decision to abrogate provisions of Article 370.

He was part of a five-judge constitution bench that had held in November 2019 that the office of the CJI was a public authority under the Right to Information Act.

In the November 2019 verdict, the top court had also said "judicial independence has to be kept in mind" while disclosing information in "public interest".

He was also a part of a five-judge constitution bench of the top court that had in a landmark verdict in 2016 ordered restoration of the Congress government in Arunachal Pradesh.

The bench had said the "clock should be turned back" as it quashed all decisions of the governor that precipitated its fall in January, holding them "violative" of the Constitution.

In November 2019, a bench led by Justice Ramana had ordered floor test for then Maharashtra chief minister Devendra Fadnavis to prove his majority in the House, saying there was a "possibility of horse-trading" in case of delay.

Justice Ramana-led bench has also dealt with a plea that raised the issue of inordinately delay in disposal of criminal cases against former and sitting lawmakers.

Last September, the bench had said there had been "no substantial improvement" in disposal of pending criminal cases against sitting and former lawmakers, and directed the chief justices of high courts to submit an action plan for rationalisation of special courts to deal with these matters.

While acting as an executive chairperson of the National Legal Services Authority of India, he undertook various programmes to develop a strong legal aid culture in India and has been responsible for making India's legal aid programme "the largest in the world".

Earlier, the central government had issued the notification appointing Justice Ramana as the 48th CJI following the recommendation made by his predecessor Justice S A Bobde.

The CJI's recommendation to the Union government had come after the Supreme Court made public its decision to dismiss a complaint of Andhra Pradesh Chief Minister Y S Jagan Mohan Reddy against Justice Ramana after giving the matter "due consideration".

Born on August 27, 1957, Justice Ramana was enrolled as an advocate on February 10, 1983. He started practice as a first-generation lawyer.

Justice Ramana was elevated as the chief justice of Delhi high court on September 2, 2013, and was appointed as a judge of the Supreme Court on February 17, 2014. 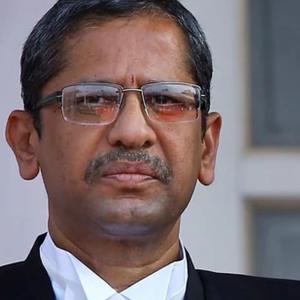 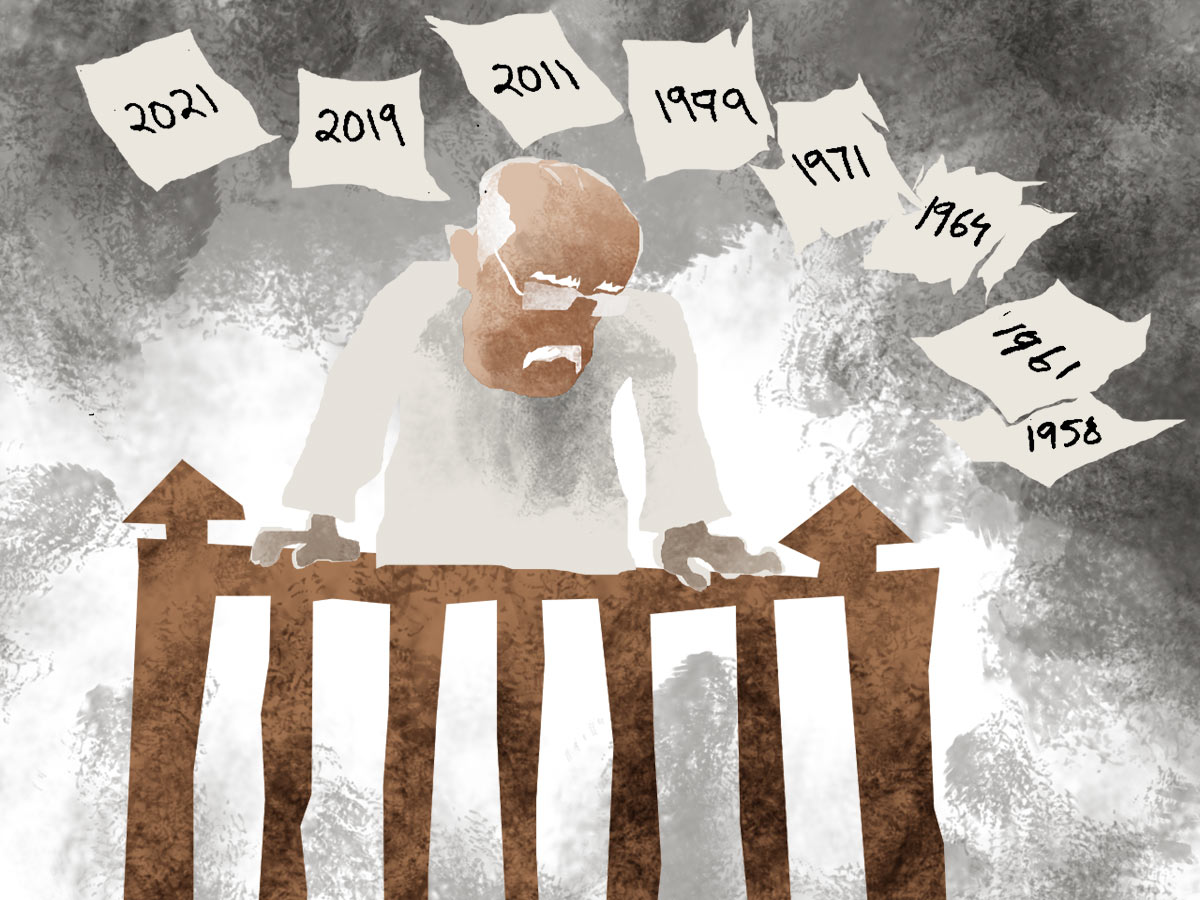