Nearly 800 Indian workers are reportedly starving for the last three days in Saudi city of Jeddah after losing their jobs and Minister of State for External Affairs VK Singh is traveling to the Gulf nation to sort out the issue. 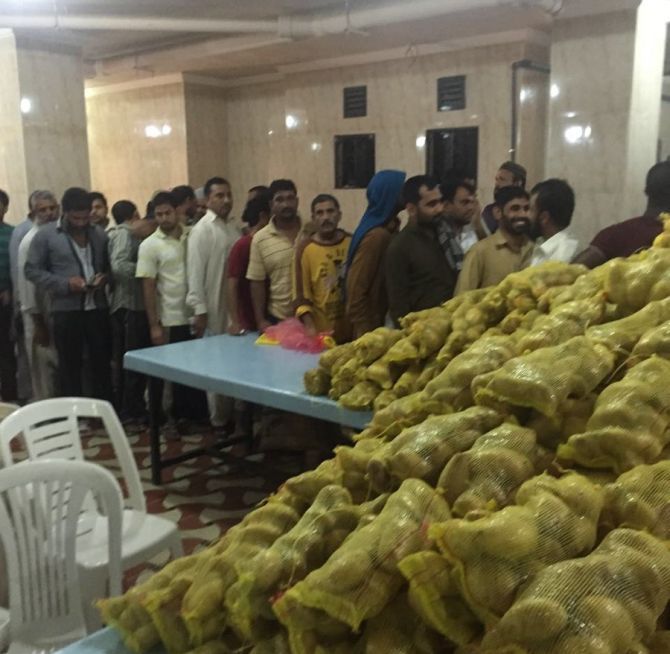 External Affairs Minister Sushma Swaraj said the Indian embassy in Saudi Arabia has been directed to serve food to them and that she was monitoring the situation on an hourly basis.

Her response came following a tweet by a man who said around 800 Indians are starving for the last three days in Jeddah and sought her intervention.

"We have asked @IndianEmbRiyadh to provide free ration to the unemployed Indian workers in Saudi Arabia," she tweeted.

Swaraj said Indians in Saudi Arabia and Kuwait were facing various problems relating to their work and wage and that the "matters are much worse" in Saudi Arabia.

She said MoS External Affairs M J Akbar will take up the issue with Kuwait and Saudi authorities.

"My colleagues @Gen_VKSingh will go to Saudi Arabia to sort out these matters and @MJakbar will take up with Kuwait and Saudi authorities.

"I assure you that no Indian worker rendered unemployed in Saudi Arabia will go without food. I am monitoring this on hourly basis," she said.

Swaraj said a large number of Indians have lost their jobs in Saudi Arabia and Kuwait and that their employers have not paid wages and closed down their factories.

"As a result our brothers and sisters in Saudi Arabia and Kuwait are facing extreme hardship," she said, adding while the situation in Kuwait is "manageable", matters are much "worse" in Saudi Arabia.

Later, Swaraj posted pictures of food being provided to the Indian workers.