The Jharkhand Child Welfare Committee has asked for the addition of charges under the Protection of Children Against Sexual Offences Act in an FIR filed in the case where a school girl died after she was set on fire in Dumka district of the state. The committee said that the girl was a minor as per the class 10 board examination mark sheet and not an adult as claimed by the police.

“The Jharkhand Child Welfare Committee recommends the SP to add sections under POCSO Act in the matter. The committee found out that the deceased was 15 years old and 19 as mentioned by the police in her recorded statement,” the Dumka public relations office said.

Meanwhile, the father of the deceased girl said, "My daughter's age is 16 years, the police might have heard it inaccurately while she was giving statement as she was not in good condition due to her burns. The police took her Aadhaar card and class 10th certificate to correct it."

A statement by the Dumka PRO said that a bench of magistrate, child welfare committee, Dumka, took suo motu cognisance of the alleged murder of the girl.

Speaking to ANI, Dumka CWC chairperson Amarendra Kumar said that the certificates of the deceased girl were examined and it showed the girl to be around 15 years old, following which the superintendant of police was advised to add the sections of the POCSO Act to the case.

"We took suo motu cognisance. At her home, we examined her certificates and found out that she was 15 years 9 months old. After this we advised the SP to add sections of the POCSO Act and take strict action. The police station in-charge called us up yesterday and said that suggestion has been added," Kumar said.

The incident took place in Dumka town on August 23 when the accused allegedly poured petrol from the window of the girl who was sleeping and set her on fire. The girl succumbed to her injuries on August 29.

The Dumka CWC chairperson said that the committee had come to know through media reports that the deceased was a 19-year-old.

"We found out through media that the girl had said she is 19 years old. We don't know what had transpired, the statement was recorded before the Magistrate. So, it's only the Magistrate who can say what the girl said at that time," Kumar said.

According to the release by the Dumka PRO, the girl's statement was recorded by executive magistrate Chandrajit Singh when she was admitted to the Phoolo Jhano Medical College Hospital in Dumka in a burnt condition.

The FIR was registered under Sections 28/307/506 based on her recorded statement.

"The girl died during treatment at RIMS, Ranchi on the night of August 27. On August 29, the committee came to know that the age of the deceased was 15 years 9 months on the day of the incident. The bench of magistrate, child welfare committee, Dumka took suo motu cognisance of the matter under Section 30(12) of the JJ Act 2015," the child welfare committee said.

Amarendra Kumar along with members and district child protection officer Prakash Chandra also visited the deceased girl’s house on Sunday and inquired from her father for documents related to her age certificate.

The mark sheet of the girl’s annual secondary examination 2021 was given by her father to the committee to prove her age.

“On the basis of the victim/deceased being a child/minor, under the rights conferred under the JJ Act 2015, the Bench of the Child Welfare Committee, Dumka, by the magistrate, Nagar police station Case No. Dumka SP has been recommended to add Section 354A and 354D of Bhadvi and Section 8/12 of POCSO Act 2012 in 200/22," the CWC statement said. 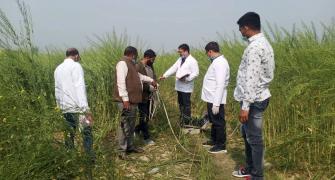 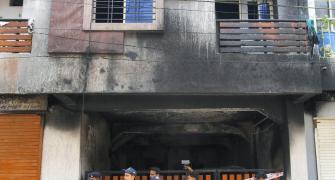 Protests in Dumka as teen set afire by stalker dies 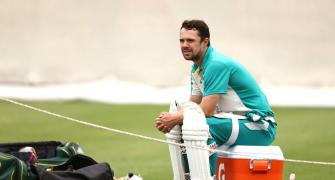 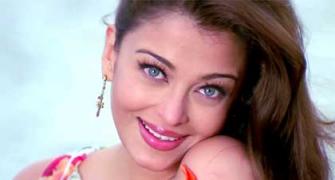