For the first time in years, Kashmiri militants say Pakistani authorities are trying to stop them from crossing into Kashmir, and accuse Islamabad of betraying their bloody struggle.

As the snows melt in Himalayan mountain passes, infiltration from Pakistan usually picks up, and with it the violence in Kashmir that has claimed tens of thousands of lives since 1989.

But militant sources say this summer is different. Islamabad, keen to encourage a thaw with India, may finally be acting to stem the flow of militants across the Line of Control dividing Kashmir, in response to heavy international pressure.

"Since early April, mujahideen are not being allowed to cross the LoC," a senior official of the outlawed Pakistan-based militant group Lashkar-e-Tayiba said.

"Summer is the time when Pakistani mujahideen cross into Kashmir to help Kashmiri fighters. It is a big blow," he said, speaking on condition of anonymity.

The Indian army said on Friday it had begun work on fencing the rugged frontier in Kashmir to stop rebel movement.

An Indian army official said nearly 10,000 more troops had been deployed to hunt down rebels hiding in the upper reaches of Kashmir.

The reinforcements were being sent to the towering Pir Panjal range where a large mountain base of guerrillas was destroyed last month. More than 60 rebels died in that operation.

If the militants are to be believed, they have been issued instructions by Pakistani intelligence agencies to stop crossing the disputed border, and many are heeding the call.

That would be a big boost to hopes for peace in South Asia, where nuclear-armed India and Pakistan came close to a fourth war last year after suspected Pakistan-based militants attacked the Indian Parliament.

Islamabad dismantled some militant camps last year and closed some of their offices in Pakistan proper. But at the time militants told Reuters privately they were continuing their activities and crossing the line of control.

This month Pakistani authorities signalled their intent to close offices in Pakistani-occupied-Kashmir and this time the militants, even in private, say the crackdown is beginning to hurt.

Ameeruddin Mughal, a member of the banned Harkat-ul-Mujahideen group, said Islamabad was betraying the Kashmiris, but vowed the militants would defy the government.

"By not letting us cross into occupied Kashmir, Pakistan is demoralising Kashmiris," said Mughal, a Pakistani Kashmiri who has crossed into Indian Kashmir several times to fight.

Abdullah Waqar, a member of Lashkar-e-Tayiba whose right foot was blown off by a mine while crossing into Indian Kashmir, said militants would find their way past both armies along the border.

"The Indians have deployed hundreds of thousands of soldiers. At places, there's an Indian picket every 30 metres. But still I have managed to cross the Kashmir border so many times." 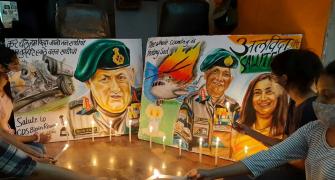 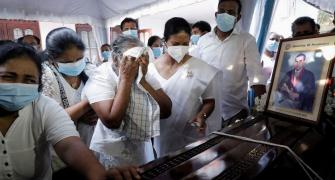