At least four terrorists were killed as the army foiled an infiltration bid along the Line of Control in north Kashmir's Kupwara district on Saturday, a defence official said.

He said that four terrorists were killed while attempting to infiltrate onto this side of the LoC.

The army operation is in progress, the official said. 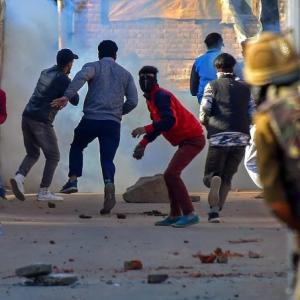