Source: PTI
November 15, 2010 11:21 IST
All India Anna Dravida Munnetra Kazhagam chief Jayalalithaa on Monday demanded that former Union telecommunications minister A Raja be arrested and charged under the Prevention of Corruption Act for the 2G spectrum scam, saying his resignation was "only the beginning" and the case should be investigated threadbare.

In a statement, Jayalalithaa said "this (resignation) does not signal the end of the mother of all scams.

"This overdue resignation is not a case of sealing the moral high ground. Raja had been mocking at all constitutional institutions including the office of the prime minister, Central Vigilance Commissioner, the Delhi high court, the Comptroller and Auditor General and even the Supreme Court", she alleged.

Raja himself should be charged under Prevention of Corruption Act and arrested and tried for "perpetrating the biggest scam in the history of man kind", she said.

"It (resignation) is only the beginning. The Government of India has lost an unprecedented Rs 1,76,379 crores. It should be investigated threadbare as the people have a right to know," she said. 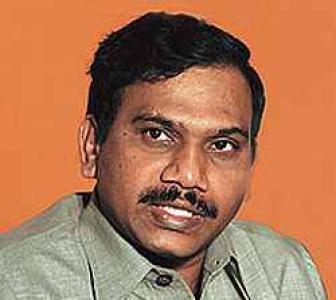